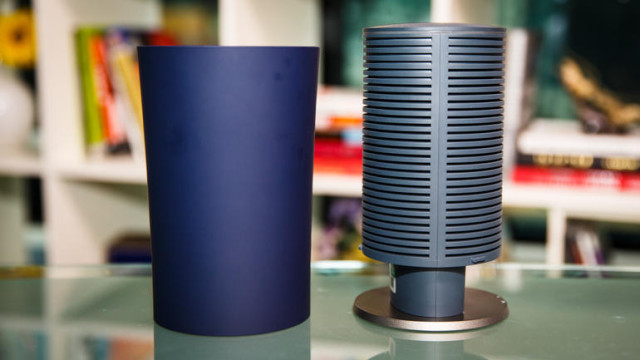 Unless and until you are a tech enthusiast who takes his devices and pieces of hardware pretty seriously and is obsessed with figures, chances of you doing some kind of research while buying a router are bleak. All people generally want is a router that can stream them Wi-Fi at a decent speed. There is nothing to upgrade about it and nothing special about its looks either especially when scores of wires are emerging from its back. This is exactly the reason why most people place their routers somewhere so that they don’t hinder the look of the entire place.

Google, however, was thinking at a whole new level. The tech giant decided to reform this ignored yet important piece of hardware and made something which could be useful, fast and good looking at the same time. The company finally revealed this product to the world a few weeks ago which was named: OnHub. So, will this good looking yet pricey Wi-Fi router emerge successful in striking a chord with the people? Well, we’ll let you answer that question once you are done with this review.

An Impressive Design
Routers generally have shabby design which is worsened by the cluttered wires that keep hanging from them. This compels people to keep routers somewhere out of sight which eventually diminishes the signal strength. Google catered to this problem by making an impressive design which speaks class. OnHub has a cylindrical shape. It is 7.5 inches long and has a diameter of 4.6 inches. Other interesting aspects of the OnHub are that it consists of only 2 Gigabit network ports, 1 USB port to create your instant storage device and has an exterior shell which is removable.

The reason why Google spent so much effort in designing the OnHub is because they wanted to create a router that can be placed on a table top and can be showcased just like anything else. However, most people can only place their router at one corner of their property which means if you want it to be somewhere in the open, you’ll need long cables to connect it to the OnHub. Apart from that, if you feel like adding another wired device to your router, you’ll need to use a switch which will bring the clutter of wires back and defeat the purpose of buying the OnHub completely.

The OnHub also has a 3-watt speaker on its top but it lacks a microphone and thus you simply can’t interact with it like you are able to do with Amazon’s Echo. Around the speaker is a ringed light indicator which shines in subtle colours which solely depends upon the router’s status.

The router also has 13 internal antennas which include three pairs of 5GHz band antennas, three pairs of 2.4GHz band antennas and the remaining one for boosting the signal. Google says that each of these mentioned sets of antennas is paired in an orthogonal manner and is positioned 120 degrees apart so that OnHub is able to provide solid Wi-Fi signal strength even if it isn’t optimally placed.

Apart from just a Wi-Fi chip, the OnHub also has within it an in-built Bluetooth and ZigBee which is an open global wireless standard that’s currently being used by various “smart” appliances that makes OnHub cpable of acting as a home-automation device as well. Although, these features aren’t active as of now, but Google has promised to enable them by future software updates. OnHub also has 4GB of built-in flash storage, but as of now it is unclear as how one can use that.

A Dedicated App
One can also control the OnHub with a dedicated app called Google On which we found to be extremely well-designed and precise. Apart from tweaking the Wi-Fi network settings, one can even quickly send the Wi-Fi’s password to someone else or remind yourself in case you forget it. The app also allows various different people to manage one OnHub and even allows one person to manage different OnHub units that are present at different locations.

Though the app performs quite well and gets most of the job done in a pretty handsome manner, however, it has its own share of shortcomings too. The app though allows you to view the connected devices on your network real quickly, however, the app lacks in some provisions for these hooked devices. For instance, one can only make a client priority for a time of 4 hours. There is absolutely no way of making that permanent or assigning a flexible schedule.

Apart from that, the app will name the connected devices which are made from other manufacturers other than Google on its own. For instance, it will name iPhone 6 as “Apple,” a Galaxy S6 as “Samsung.” In case there is more than one device of a same manufacturer, things can turn pretty confusing and to make it worse, there is no option with which one can rename the connected device.

Summing’ it Up
Google’s OnHub is definitely not like your average router. It has an eye-catchy design, boasts of an impressive hardware and offers some smart high-tech features too that are oriented for future use. However, the fact that it’s features like Bluetooth and ZigBee etc. aren’t activated as of now makes it really hard for us to advise someone to buy it owing to the heavy price tag that it bears as compared to other routers.

However, what’s important is that OnHub has a lot of potential and since it is a Google product, therefore one can definitely expect a lot regarding it from the tech giant in the coming years. So, if you are appalled by its distinct design and can do way with the minimal amount of ports that it offers, you can surely bet your money on it. For the rest, we’ll just advise to sit back and relax till the time Google makes the OnHub a little more useful (and a little bit cheaper).