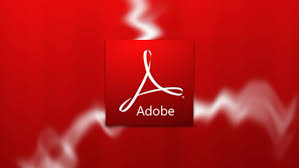 Earlier we reported that Amazon is planning to kill Adobe’s Flash advertisements in September because they were causing unnecessary harm to the browsing experience. Before that, Apple, Mozilla and Facebook decided to steer away from Flash and now it looks like it is losing out another companion – Google. The search giant has finally broken its silence over their ongoing tiff with Flash and announced that Chrome will no longer support automated play advertisements that were made using Flash.

This move will definitely bring a humungous amount of change for ad creators since they have grown too accustomed of this animation software. If you are one of those who is wondering why everyone has turned their back against Flash, we’d like to tell you that though Flash has been a dominant piece of software for ad creation from the past many years, however, over the years it did earn a status for being vulnerable for security and a battery hog. Moreover, since better alternatives like HTML5 etc. are now available for ad creation, therefore the use of Flash can finally be put to a halt.

Google hasn’t decided to make this shift over one night. They have been discussing about it from a long time and this is one primary reason why major websites like Amazon and Facebook decided to block Flash ads since Chrome is one of the most popular web browsers in the world. Apple, on the other hand, has been disappointed with Flash from the time when Steve Jobs held the chair. He, in fact, accused Flash to be the number one reason behind the crash of Macs.

Perhaps it looks like Adobe should finally let go their grip on Flash and instead create cutting-edge HTML5 tools that’s beneficial for all.