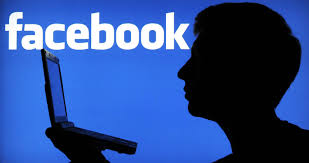 Video piracy is something with which people are suffering worldwide and not matter how serious reforms companies take, it looks like there is simply no stopping it for once and for all. Facebook, too suffers heavily from video theft from their website, however, the social networking giant seems to have taken things pretty seriously now. Facebook has just announced a couple of new tools with the help of which video theft could be tackled effectively.

This new video matching technology launched by Facebook will alert some selected content creators in case their videos get reposted on Facebook without their permission. This new tool at first will only be available for a few partners during which the company will improvise the technology so as to make it even better.

Facebook decided to do something for tackling video piracy after they received hundreds of complaints from its users. This year in August, Hank Green, a YouTube star blogged about Facebook’s inefficiency when it comes to responding to video piracy. As a result of all these criticism, Facebook thus decided to stir-up their war against video theft as a result of which they have launched these new tools to keep a tab on it.

Another reason why Facebook is serious about video piracy is that they are getting extremely serious about their video business for which the company even announced to share advertising revenue with the content creators. However, things like video piracy will hardly instil confidence in content creators and that’s exactly why Facebook wants to curb it.

According to Facebook, their team will get on immediately to develop this comprehensive video management tool so that they are able to tackle video piracy and please content creators at earliest possible.