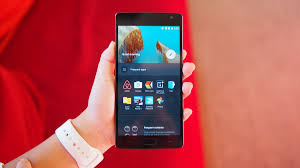 Chinese smartphone company OnePlus started last year by releasing their debutant smartphone One which promised to be a flagship killer at an amazingly less price. The phone indeed proved to be a phenomenal success which helped the company to steer to growth. This year, the company launched the OnePlus 2 which can truly be regarded as this year’s boldest phone.

At almost half the price of HTC One M9 and LG G4, the OnePlus 2 can outclass the former two flagships without a single doubt. It is undoubtedly quite a remarkable phone from its initial impressions. This time we won’t tease you by making you guess ‘is the phone worth it.” It surely is. However, we advise you to dig deeper in this review to know more about this true flagship killer.

Amazing Design
While the OnePlus One is mostly plastic-built, the OnePlus 2 has its sides which are made of magnesium alloy. This makes the phone feel a lot as if it were built out of aluminium. Though, it’s not as cool to touch as polished aluminum, but the difference definitely isn’t night and day.

In terms of hardware, the phone’s insides are made up of Qualcomm octa-core Snapdragon 810 chipset, with 3GB or 4GB RAM which solely depends on the version you buy. Internal storage options are 16GB and 64GB like the previous phone, this one too, lacks a microSD slot. The phone offers you to tuck-in two nano-SIM cards and apart from that you get a sealed 3,300mAh battery. Apart from that, the phone has a 13MP camera on its rear with an LED flash and a laser autuofocus sensor that the company claims to lock to its targets within 0.2 seconds.

The phone’s display is a 5.5-inch IPS LCD display which has a pixel density of 401 ppi to be precise and though big companies are cashing on Quad HD displays, the one on the OnePlus 2 at this price point is still amazingly beautiful. Over that IPS screen you get Gorilla Glass 4 protection so as to help you get away from those accidental drops. Overall build quality of the phone is pretty solid and definitely promises a decent upgrade from its predecessor.

High-End Features
Apart from the magnesium alloy siding, the phone’s back too is a bit unusual. Though it has the same texture as the OnePlus One, it feels a little rough and fuzzy which appears to be something similar to a sort of fabric. The company says that it’s a ‘high-friction tactile surface’ which has never been adopted by any other phone manufacturer. The back could get amaze you or disgust you. So it’s great if you are happy with it, but if you are not, you can always choose from a wide selection of back covers. They can be availed at a really minimal price and include real materials like kevlar, wood etc.

OnePlus introduced a few hardware additions on the phone that are neat and useful. The first is a 3-way switch that’s located on the phone’s left which simply turns all notifications off, or only allows priority ones, or lets all of them get through. The charging port has changed too. While most phones today come with microUSB 2.0 slot, the OnePlus Two ships with a USB Type-C socket which is reversible and thus is way more convenient than the traditional ones. The only downside is that in case you break or misplace your charging cable, then you might not be able to get hold of a USB Type-C cable soon.

A Capable Fingerprint Scanner
The addition of a fingerprint scanner in the OnePlus Two was another surprise owing to the fact that the company is just a year or more old. Getting inspired from iPhone’s Touch ID sensor and Samsung Galaxy S6’s scanner, the one on OnePlus Two sits under its Home soft key at the phone’s front. However, unlike other phones, one does not need to swipe his/her finger over the scanner. You can simply keep the finger on the scanner which we believe is much more quick and easy to use. The fingerprint scanner is definitely a useful addition especially when we are expecting Android Pay from Android Marshmallow.

The phone’s scanner is a true winner as well and though it’s not as fast as the TouchID on iPhone, it surely is quicker, reliable and can be used to store five fingerprints. At a price this low, the phone’s fingerprint scanner truly comes out to be a surprise especially when it is competitive enough like those of big manufacturers like Apple and Samsung.

Summing’ it Up
OnePlus 2 might be second phone of the company but it surely screams a premium design, something which is essential if you need to compete with the flagships. The design looks a bit similar to its predecessor, the One, however, at some points it is strikingly different as well. A recent report said that phone buyers these days aren’t upgrading fast to new phones every year because the successive models don’t offer anything new. OnePlus 2 is nothing like that. It does offer a decent upgrade from the One and that’s exactly what the users expect.

Like earlier, the Two can’t be bought off from shelves. They have their own unique importers and apart from that one can get hold of them through OnePlus direct. This time too, you’ll need to get an invite if you want to get this phone which sometimes is pretty tough to get. While most people think that this invite system and limitation of stock is helping the company to fuel hype amongst the people, however that’s not the case. The company, in fact, is simply ignoring middle-man retailers so as to keep the price low and undoubtedly it’s a great tactic.

At a price like this, the OnePlus 2 is definitely a feature rich which can take big expensive phones built by Apple, Samsung and LG head-on. Like we told you in the beginning of this review, it surely is a flagship killer.
Do you have the same thoughts about the OnePlus 2 as we do? Let us know in the comments section below.