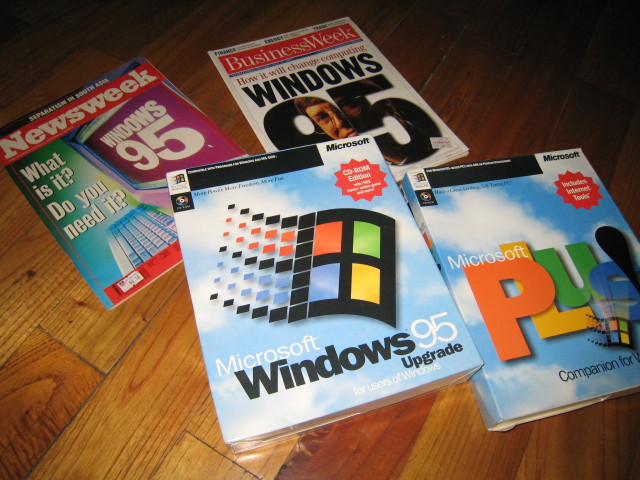 Microsoft recently released their latest computer operating system Windows 10 which can be regarded as one of the best OS built by the company. However, today we won’t be talking about Windows 10 and its features. Today, in fact, we will remember another version of Windows that completely redefined the way people used to look at personal computers and that was Windows 95. The legendary operating system turned 20 years old recently.

Microsoft’s founder Bill Gates launched the iconic Windows 95 on 24th August 1995 in front of thousands of people. A thundering sound of claps and whistles surrounded the area as he revealed it. It was a time when this domain was more or less dominated by Macs and with Windows 95, Microsoft planned to give users a lot of features. Though most of these features were available on its competitors, however, Windows 95 stood out from the crowd in its own unique way.

This version of Windows also introduced us to the legendary Start button which we all know today. Microsoft has kept that Start button on every version of windows since then except for Windows 8 about which the users complained so much that the company had to restore it in their latest OS, Windows 10. With Windows 95 also came Microsoft Network, which was a rival to the AOL and which helped many people to comply with Web and Email.
Windows 95 dominated the market like nobody else. It played a huge role in making Microsoft what it is today.