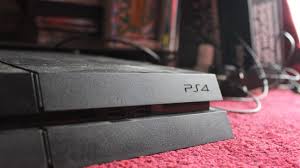 It looks like Sony is calling all of its PlayStation 4 fans and is planning to assign them a responsible task. We all know that Sony is all set to bring a major software update for its popular gaming console PS4. However, the company wants to make sure that the software update they provide is beneficial for its users and for that the company is asking for the help of nobody else, but the users themselves.

According to latest reports, Sony is running a beta program for testing the functionality of this big update and is planning t roll out this beta update to some of its users. The users will be able to get a good look about the features of this new software update and will eventually help the company by providing their precious feedback and by advising the company on they can improve certain issues.

For signing up as the company’s beta tester, you’ll be required to have a PS4 console (obvious) and an internet connection along with a master account. Sub-accounts will not be allowed to participate in this program. The company has also made it pretty clear that these beta testers will have the power of rolling back to their previous PS4 system whenever they wish.

This beta-testing program is scheduled to start this year in September. As of now, the company is willing to accept only a few applications for beta testers. So, if you’re an avid gamer who has always wanted to help Sony in making the gaming experience a little better, here’s your chance.