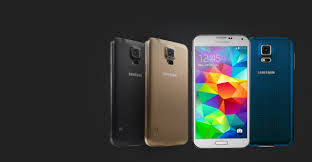 The way we humans have been paying each other for goods and services has changed tremendously over the past few years. In fact, the way we have done transactions has had a deep impact on our lives. In the pre-historic or medieval period, we used to make use of barter system where we exchanged goods for goods or services for services. Then came currency and everything changed forever. Since then, currency has ruled economies and everything that we know about history, irrespective of its denomination.

Today, however, things have changed a lot. It’s the electronic era and this is the reason why new methods of payment are being developed so that the dependency on physical currency becomes a bit less and mobile wallets have proved to be a successful replacement for them. Not only do they enable you to pay from your smartphone while you are on the go, it also makes things extremely hassle free as you don’t have to carry physical money.

Many companies have launched their mobile wallet services out of which Apple Pay (which has recently entered UK) and Google Wallet (which has substantially more subscribers) are the most popular. Now, it seems like the competition has got even fierce since Samsung just unveiled their mobile wallet service recently in South Korea. Samsung believes their payment technology is much diverse than that of its competitors because its tech can currently work with various existing payment terminals.

So, will it really bring that much ‘hyped’ change that Apple and Google have been expecting to see in payment technology or will it just end up becoming another mobile wallet that people find hard to use? Let’s check out.

Where can you use it?
Currently, Samsung Pay will be available only at Samsung’s home ground, South Korea. However, it will arrive to the US on September 28 after which it will head towards the UK, China and Spain. This means Samsung’s mobile payment platform will be accessible in various areas as it signals an aggressive rollout as compared to Apple Pay which is currently limited to only US and UK.

What’s important is that Samsung Pay can only work with its new Android phones that are; Galaxy S6, Galaxy S6 Edge, Galaxy S6 Edge+ and Galaxy Note 5. Along with that, bank/credit card providers which would be actively involved must also be signed-up to this scheme.

How can one use it?
While it is mandatory to install a dedicated payment application if you wish to use Google Wallet or other similar payment platforms, however, in case of Samsung Pay, there’s absolutely no need of unlocking your phone or launching a special app for getting started.

If you are using Samsung’s latest smartphone and if you’ve already entered your card details, then to access Samsung Pay all you’ll need to do is simply swipe up from the phone’s bottom. This can even be done if the screen is turned off. Next, you can choose your credit card and then scan your fingerprint on the fingerprint scanner or else provide a pin code. After that you can bring the phone closer to the payment terminal within 15 seconds so as to complete your purchase.

However, what makes Samsung Pay different is that it will also work with magnetic stripe readers, thanks to their proprietary technology called Magnetic Secure Transmission which remains widely popular in US and Asia. This technology eliminates the need of swiping the card since electronic signals present inside the phone will be used to send a signal. So, the machine will actually receive the same info as it did from magnetic strip readers.

Is it even safe to use?
The answer is yes. Though payment cards have been a soft target for thieves who tend to clone its details that stay coded on magnetic stripes, it is extremely hard to however hack somebody’s mobile wallet. It becomes even harder in case of Samsung Pay for hackers since it makes use of a security system that’s called ‘tokenisation’ for protecting its users against threats.

Instead of transmitting the same static primary account number or ‘Pan’ for each transaction, Samsung Pay sends a 16-digit ‘token’ which is unique for every payment that’s made through the card that’s stored on handset. This token represents relevant bank/credit card account details without actually revealing the account’s details. Apart from that, it will also send a cryptogram which is basically a one-time usable code that’s generated from an encryption key which is stored on the Samsung handset. These two data sets are then sent to payment processor who further checks whether they correspond with each other or not before it authorises the payment.

So, if a thief nearby is planning to intercept your transmission, there is absolutely no way for him to reverse-engineer the created token so as to deduce the card account details of the payee. Even if the thief is able to deduce the token (which is nearly impossible to do); he won’t be able to use it with the magstripe reader unless he can create a matching cryptogram which is impossible too.

So, Samsung Pay is better than Apple Pay?
Definitely. With their added feature of Magnetic Secure Transmission and the added security feature, Samsung Pay indeed is much better than any other mobile payment platform available today.

But, it’s almost unlikely to stir people if we consider someone switching from Apple’s ecosystem to that of Samsung because of Samsung Pay. However, comparing it with Android Pay, which is Google’s next-gen mobile wallet service would be more apt especially when Google is trying to do exactly what Samsung has done i.e. remove the dependency on a special payment app.

So, with Samsung Pay bound to hit American shores next month, it will be interesting to see how the competition against mobile wallet platforms takes turn. As for now however, Samsung Pay definitely gets a big warm hug from us.
Do you think the same about Samsung Pay as we do? Do lets us know in the comments section below.