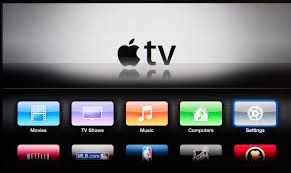 Apple’s traditional September media events have always seen the new launch of upcoming iPhones, Macs or latest versions of iOS. While this year too, the company will possibly do the same as the whole world eagerly waits for the iPhone 6S and iPhone 6S Plus, however, apart from that the much awaited next-gen Apple TV will also see light this year next month.

Although Apple decided to launch this new version of Apple TV in June this year, but something made them delay their decision till this year’s fall. Now that finally the brand new Apple TV is almost here, we tell you what all you should expect from it.

A Totally New Hardware Design
It is quite obvious that now that Apple TV has lived with the same look for five long years, so now it will see a change in design and look. Although reports suggest that the new Apple TV looks strikingly similar to the old one, however, the new Apple TV is also reportedly slimmer and wider. One can also expect an entirely plastic casing in terms of hardware for the new Apple TV since it will constantly require wireless connectivity with either Wi-Fi or Bluetooth and thus for that a plastic body is best suited.

A Beefed-Up Remote Control
This time, Apple might ship a larger remote that has more tactile keys for its Apple TV. The new remote will help the users to enter their query by either touch-based input or by making use of gesture support. Apart from that, the new remote will also include a microphone which might be useful for giving voice commands to the TV through; yes you guessed it right, through Siri.

New Apple TV’s remote won’t be an ordinary plastic remote. In fact, it will include Bluetooth technology along with an infrared sensor as well so that you can get superior control responsiveness. One can also expect the new remote to contain a small speaker for augmenting the sound experience along with the facility of a headphone jack to enable private viewing or listening.

Everyone’s Favourite – Siri
Though it’s not confirmed yet but insider reports also reveal that the new Apple TV will also include Siri support.. As of now, one can control the Apple TV with either a Remote app on their iOS devices or through a small aluminum remote that we all know makes typing extremely difficult. However, by utilizing a mic in their brand new physical remote can make content searching a lot easier by simply using voice-based Siri assistance.

It’s also being said that Apple’s current focus is on video-centric applications which would then make it possible for media companies to release their new channels on Apple TV according to their own schedule instead of following the one prescribed by Apple. Apple has also recently added various channels for its current-generation Apple TV. Apart from that; gaming apps and news applications have also become extremely popular on Apple TV.

All New Proactive-Based Search Technology
Upcoming Apple TV’s software is directly based on iOS 9 and one big reason for it the new Proactive-Search support. The all new Apple TV will be powered somewhat by iOS 9 which will enable it to make use of Proactive search. This search methodology will help to bring a much more accurate and powerful search support system for everyone.
Currently a user cannot enter a simplistic search query and see the results in iTunes Store, Crackle, Netflix and Apple Music library. Apple, therefore, decided to fix this in their next-gen Apple TV’s software, however, the new search features will only be integrated once the Apple TV store starts getting populated with apps.

The new Apple TV might have a dual core processor similar to what  iPhone 6’s A8 chip. This will definitely prove to be a significant improvement over current model’s single core A5 chip. Apart from that, the new Apple TV might feature at least 1GB RAM and 32 gigs of flash storage. That should be more than sufficient for not just holding on to the apps that Apple is planning to launch exclusively for Apple TV but for the new features too like Proactive search, Siri support etc.

A Brand New Customer-Intuitive UI
For matching the processing speeds of the A8 chip and for levelling up with iOS 9, the new Apple TV will also feature an entirely new customer intuitive user interface. Though the new UI will make it easier for the users to navigate through menus, however, reports suggest that it’s the general interface which will make the difference.
With the new Apple TV around the corner, it’s quite obvious for people to make their own speculations as what the tech giant might have in store for them. It is also said that Apple is currently in talking terms with TV networks to launch a service that directly replaces their cable TV subscription.

It can therefore be concluded that Apple is eagerly willing to tap the forgotten potential of television industry. As of now, however, we all are waiting for this next-gen Apple TV which is probably going to make you fall in love with your TV even more.