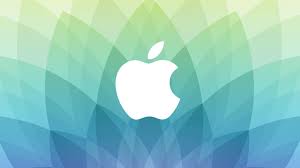 The wait is finally over, and Apple Pay has made its way to the country of dreams- the United Kingdom! The news that came out through an ‘uncertain tweet’ revealed about the early launch of Apple Pay on Tuesday. What will be the impact of Apple Pay launch in the future release of iOS 9? The journey of Apple Pay to Apple Wallet can’t get more interesting than this!

On Tuesday, Apple Pay finally made its way in the UK! The news doesn’t come out as a sudden shock or a rumor because few weeks back, Apple did made an official announcement about the release of Apple Pay in the UK at the Worldwide Developers Conference (WWDC). However, an ‘uncertain tweet’ on Tuesday July 14th sent by HSBC announced the onset of Apple Pay in the country! Almost after a year, Apple Pay has made an appearance in a different country (late year on October, it was released in the US).

Most of the renowned banks like American Express, First Direct, HSBC, Ulster Bank, Santander, Royal Bank of Scotland, NatWest, and Nationwide are the launching participants with the Apple Pay. Other than this, there is also a list of stores that a user can use for shopping via the service.

What Apple has to say about the Wallet?
Apple confirmed that the Apple Pay service will be available in 250,000 locations now. Jennifer Bailey, the Vice President of Apple Pay, said that the current software used for the process of payment is only capable of handling minor payments and transactions. In case a user wants to make a payment of above 20 pounds then the software has to be updated. Once a merchant is ready to update the POS system, the limit of the transaction will be raised up to 30 pounds in September.

The story of the ‘Uncertain Tweet’!
The blog from 9to5Mac was the first one to report about the occurrence of the tweet! Thanks to the team that took the screenshot of the tweet before the news finally vanished. The tweet was an auto-generated support response that the customer would receive after using the Apple Pay services.
The tweet was quickly taken back by the team as Apple announced that there was not ‘fixed’ date for the release of Apple Pay in the UK. According to notes shared by 9to5Mac, 14 July was earlier confirmed as the date of release, which was also the date spotted in an internal memo from supermarket Waitrose. The preparations for the homecoming of Apple Pay were already made in some of the UK supermarkets- we spotted the Apple Pay signage at some of the retail stores!

Mobilemag.com Insight:
With the release of iOS 9 Apple is planning to rebrand the term ‘Apple Pay’ into Wallet! It is notable that the new update will allow users to avail discounts and rewards in addition to the ‘convenient’ payment options. So what is Apple’s idea of having a Wallet? They say it quite clearly- it is ‘Your Wallet without the Wallet’! Apple wants to redefine the process of making a payment, which they think is not an easy nut to crack otherwise. Apple Pay or the Wallet is more like a virtual wallet that allows a user in making fine payments with just one ‘touch’. Wallet will change the face of traditional payments- the feature imbibes refined security merits that are inbuilt in the user’s personal device.

Touch ID and Apple’s Wallet:
Apple’s vision with the Wallet has been evident for quite a while now! They want to implement a functionality that enables ‘one touch payment’ option with the aid of Touch ID. With this, the payment becomes a natural motion that takes place without much haphazard! Forget your physical wallet and no need to open an app to say ‘thanks’ to the NFC antenna in the iPhone 6- you just have to place your iPhone near the contactless reader with finger on Touch ID. Making a payment will be that easy, secure and convenient!
The idea of selling ‘ease’ and ‘comfort’ through the Wallet is a close concern for Apple! Not just through the Touch ID functionality, but also with the aid of convenient checkout option and simple setup parameters; Apple Wallet becomes the most favorable thing for the users. Happy to hear that from now onwards, the idea of ease and comfort will be delivered in the UK.

One after the other release, Apple is always ready with the news to rock the market in the most fantastic way. While the world is waiting for the release of iOS 9 on one hand, the other part of the market is happy with the expansion of Apple Pay. Soon after the release of iOS 9, will Apple Pay switch to the innovative concept of Apple Wallet? How the transition will affect the customers? Well, we have to unravel more facts- but wait till the time ripe!