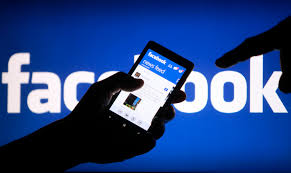 Those who are associated with news related websites or publishers will definitely acknowledge the importance of social referrals, the links that people share on social networking sites like Facebook and Twitter. Undoubtedly, they have become extremely important when it’s about reliable sources for incoming traffic and this can now be proved from the fact that Facebook has now overtook Google when it’s about traffic source for news. According to latest estimates, 43% traffic is now coming from Facebook while Google accounts for just 38%.

What’s interesting is that this is not the first time when Facebook walked past Google in terms of traffic. The social network giant recently took the top spot by last year, however, this feat is much more significant. Facebook’s this dramatic leadership is a clear indication of the kind of saturation the search giants have reached when it is about redirecting people towards a media link. Social networking companies, on the other hand, have shown a continued growth trajectory.

There is one problem, however, with that shift in the traffic source. Facebook is simply impenetrable, just like Google is. So, when it’s about figuring out why particular news item gained popularity the other didn’t, there is hardly any answer for that. This eventually makes things difficult for publishers when they try to build a social-media strategy that implies for all news articles. One might even find some useful info regarding all this from Twitter, but Facebook operates just like a black box and maybe that’s the reason why it’s becoming the best source for growing traffic.