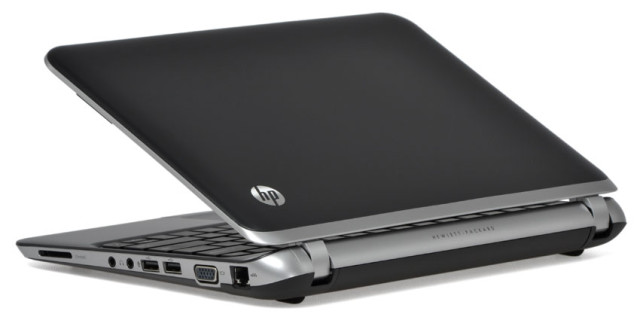 Dell and HP are definitely the most popular brands when it comes to laptops. Both these companies hold a significant mindshare of laptop market all around the world and though there is a fierce competition for grabbing the top spot, the two companies have very eloquently battled to entice their customers.

However, the game isn’t the same anymore. It’s the era of ‘price conscious’ consumers and these are those people that actually hold the fate of company’s earnings. This is exactly why leading laptop manufacturers are rolling out cheap yet powerful devices. Recently, Dell unveiled its brand new budget laptop, the Inspiron 15 5000 and now it looks like HP has stepped in the game too with its all new under $500 laptop named HP 15t Touch. Initial impressions of the device are pretty solid. Let’s delve deeper to find out whether it’s worth your time and money or not.

A Unique Standalone Design
HP is always known for good looking laptops, whether they belong to the high-end category or the budget category. That’s a big compliment. HP recently faced a lot of internal turmoil, thanks to their split. However, the company did not let that get down to their products and it shows in the brand new 15t Touch. This laptop, in its entirety, by no means looks like a $500 laptop.

It has a matte black finish along with a diamond design that can be seen faintly in the backdrop and which feels too soft to touch. However, it’s also a fingerprint magnet, but that’s generally the case with most laptops. The 15t Touch, on the other hand, looks extremely fresh in terms of design; however, you might have to be on your toes to make sure it looks like that for a long time.

In terms of ports, the HP 15t Touch has a power port, an Ethernet port, 1 USB 3.0 port, 1 USB 2.0 port along with an HDMI port and an audio jack on its left. On the right, it features another USB 2.0 slot, along with an SD card reader and an optical drive.. The laptop’s left side also has this significantly big ventilation space from which you can hear the fan spin loud some times.

A Slightly Compromised Display
The display of the 15t Touch though isn’t bad, but it’s not very good either. Something about this screen is lacking and it looks like HP could have done better than this. Although we understand that it’s $500 laptop and the company had to make some compromises, but the screen on this gives a totally different impression from what one receives from the laptop’s external appearance.

The display on this has 1366×768 pixels and measures 15.6-inch. It’s a TN panel that tends to make a very poor colour reproduction. Viewing angles of this screen; however, are great. The screen being touch sensitive allows for greater functionality and use as well.

Amazing Keyboard and Trackpad
The sad reality with most budget laptops is that their keyboards are quite pathetic to use. The keys are oddly spaced and one is bound to miss which eventually leads to a frustrating experience. However, that’s not the case with the HP 15t Touch. In fact, its keyboard is a real charmer. The keys register an excellent click and offer a decent amount of travel as well. The keys also have a slightly rough texture which makes them look good as compared to keys found on other keyboards.

Trackpad of this laptop too is great to use. It’s made from the same matte material which one can see on the rest of the interior of the laptop. Apart from being extremely good-looking, the trackpad is highly responsive too.
Average Performing Internals

HP, however, did stuff it with unnecessary bloatware which affects the overall performance of the laptop, but the difference isn’t night and day. What’s important is that it’s high time that these laptop manufacturers stop stuffing their machines with unnecessary applications and softwares. They need to understand that people can install whatever they want and whenever they want. And in case they are going to stuff it anyway, then at least they should make a provision for their un-installation.

Performance wise this laptop can get most of your tasks done pretty well. Obviously you can’t expect the world from a Core-i3 processor, but is still better than Intel’s Atom processor any day. So, if you need a laptop for occasional use and don’t intend to make it go through harsh working environment, then the 15t Touch should be just fine for you.

Summin’ it Up
While there are many sub $500 laptops in the market today, but none of them offers what HP’s 15t Touch does. It’s amazingly beautiful and has the best keyboard and trackpad in the history of budget laptops. The screen though is not the best of its kind, but looking at the price, a display like that isn’t too bad a deal. It surely offers stiff competition to other budget laptops in the market like the Inspiron 15 5000 and Toshiba Satellite C55-C.

If you are running tight on budget but need a laptop to take care of your regular stuff, the HP 15t Touch will prove to be more than sufficient for you. Its $430 price tag is an icing on cake especially when it not just performs well but looks exceptionally well too. So, if you’ve been waiting all this time for a decent laptop that fits in your budget, the HP 15t Touch might just be the one.