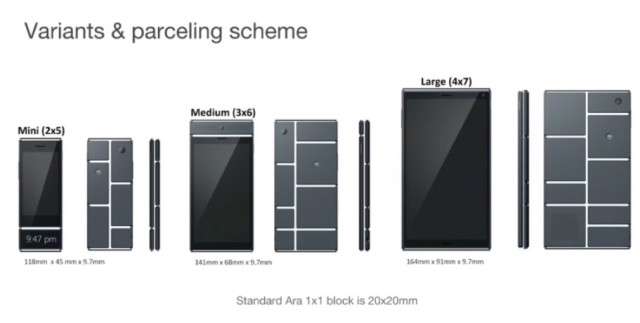 Remember the time when you could assemble your PC on your own. Bundle a hard disk of your choice with a different RAM and tweak its processor and make it fit according to your needs. Well, something similar might just arrive for smartphones too. We all know Google shared its plans regarding their project called Ara  in 2013. The company was to try out its hardware in Puerto Rico this year, but it looks like we’ll have to wait till 2016.

Google recently made it very clear that they won’t be able to do a public trial of the initial hardware of this project anytime soon this year. In fact, they’ll only be able to do this next year and that too in a new location at US. The reason for this delay, as tweeted by the team, is a long list of iterations which have changed the design significantly since it was first unveiled in 2013.

Project Ara is basically Google’s interesting attempt of creating a smartphone which can be assembled in bits and pieces. That means certain components of the smartphone can be removed or added as per the requirements of the user thus making the phone extremely user friendly. This feature will also help to bring the phone of the cost down as Google believes that the created modular phone will cost much less than traditional phones.

Google had earlier planned to offer 20 to 30 modules for this Puerto Rico trial, but it looks like the world will have to hold on till the developers make a product that’s fit for public release.