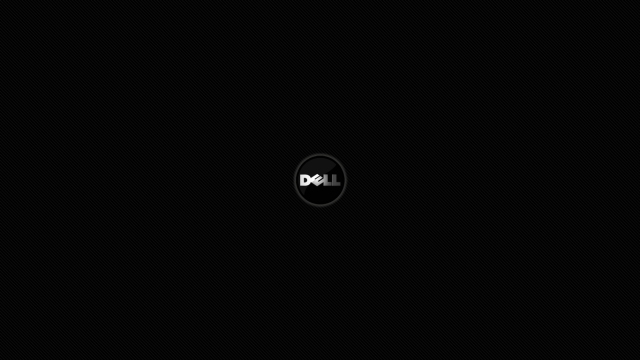 There was a time when Dell was known for high-end desktops and laptops. Rarely did the company manufacture a device that enticed the ‘price conscious’ consumers. However, recently the price savvy consumers have multiplied significantly which has started off a unique heated race between top manufacturers to lure these customers. Dell, just like other companies, realised this soon enough that they’ll have to formulate a way to build strong and quality machines that can be sold at a competitive price.

Though Dell has been making budget laptops and personal computers for quite some time now, the new Dell Inspiron 15 5000 laptop is something different – it’s priced in the category of $500 laptops. Selling a laptop at this price cannot be accomplished without making some compromises and Dell did them too. So does that make the Inspiron 15 5000 worth your hard earned money or is it just a super compromised device that’s too desperate to sit in the ‘budget’ category? Let’s check out…

A Premium Looking Design
The initial impressions when you first look at the Dell Inspiron 15 5000 is that it doesn’t look like those average $500 laptops. It’s surprisingly beautiful and boasts of an attractive design. It looks so good that from a distance, one can surely take this one wrong for an expensive gaming laptop. The market today is flooded with $500 laptops, but none of them look so amazing as this one. Dell surely gets full marks in terms of design for the Inspiron 15 5000.

On the left, the Inspiron 15 5000 has a power port along with a SD card slot, one USB port, Ethernet port and an HDMI slot. On the right, it has two more USB ports, a headphone jack and an optical drive as well.
Not so Premium Display

As said earlier, Dell did make some compromises here and there with this one and you can very well anticipate the first one as you move past its gorgeous design and that is the display. The screen on this one consists of a low-res 1366×768 TN panel which is now becoming the standard for those low-end laptops which are available in the market. The screen size clocks at 15.6 inches which in turn makes things worse as the already low resolution screen loses its charm.

The viewing angles on this screen aren’t great either. Even sitting straight won’t help you as you may start noticing colour washout from the screen’s top and bottom. Though Dell did boast about adding TrueColor calibration on this laptop, but honestly, it tends to do absolutely no good as the display appears to be pretty lacklustre.

Average Keyboard and Trackpad
The keyboard on the Inspiron 15 5000 can appear to be little bit cramped as compared to the keyboards of other 15 inched laptops. Although there is no obvious reason behind such a keyboard, but the most obvious reason that can be thought of is that there is too much spacing between the keys. That surely gives the keyboard quite a lot of room but it also makes the keys cramped. As a result of this, you are bound to miss on quite a few strokes. The good thing about these keys is that they give a solid feedback when pressed which is hardly seen on budget laptops.

Lot of laptops these days come bundled with Macbook style trackpads that don’t have separate physical buttons and the Inspiron 15 5000 is one of them. However, what’s depressing is that Apple’s trackpads are a class apart. They are sensitive, accurate and too good to use. The on this laptop, however, is nothing of that sort. Its trackpad is quite annoying to be accurate. One will miss quite a few swipes, clicking-and-dragging is almost impossible and you will end up clicking on objects which you don’t want. Though there are budget laptops that have trackpads even worse than this one, however, the one on the Inspiron 15 5000 isn’t good either.

Impressively Built from the Inside
It looks like the major amount of compromises with this laptop was made in things like the display, keyboard and trackpad. On the inside, this laptop is as impressively built as it is from the outside. Under the hood, the Inspiron 15 5000 packs an Intel Core i3 5005U processor which clocks at 2GHz along with Intel HD 5500 integrated graphics. That might be the expected figures from a laptop of this price, but what’s surprising with this one right here is that it has 6GB of DDR3 RAM. Now that’s a lot of RAM owing to the price at which it sells. Apart from that it has 1TB 5,400 RPM hard drive which is amazing as well. So, if you are looking for a budget laptop in which you can store lots of files, the Inspiron 15 5000 can be your best bet.

The processor might not be the fastest, but this is where the laptop’s proud asset, 6GB RAM comes to rescue. Most laptops give you 4GB of RAM which is decent enough; however, the 6GB on this one is nothing less than a sweet surprise. It helps to make up for the laptop’s slow CPU and takes processing speeds to a level where it should be. Thus in terms of performance, the Inspiron 15 5000 Series is a well balanced machine and boasts of both – design and power.

Summing’ it Up
The Dell Inspiron 15 5000 Series can be a great laptop if you are a parent who is planning to buy a laptop to manage your child’s never ending school projects or if you are someone who has minimal expectancy from a device. This laptop is cleverly priced and speaks volumes when it’s about design and build quality. The performance might be average but its surely not the worst.

So, is it the most enthralling machine? Not really. But it won’t let you down as well. What’s important is that your performance expectations from this one should be at par with its price. Dell surely has made some compromises to keep everything in the budget, but they aren’t day and night. It is a really good and simplistic machine with a trendy design. So, if you are a bit tight on the budget and want a laptop that can suffice your basic needs, the Inspiron 15 5000 will surely do justice to you.