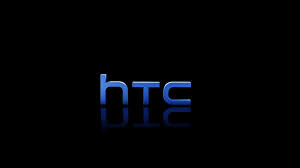 HTC recently received quite a few setbacks. Earlier it was discovered that the fingerprint scanner of its flagship device stores the scanned fingerprints in a decrypted file that can be read by anyone and then it was noted that company’s earnings had slipped substantially. The company is again making headlines and it looks like HTC’s shady days aren’t over yet. This struggling smartphone manufacturer has announced that it may lay off 15 percent of its current workforce in order to bear with the operating expenses.

HTC revealed this in its Business Realignment where the company mentioned that the realignment will streamline operations resulting in a 35 percent drop in operating expenditure. This realignment will also downsize the workforce by 15 percent which implies that around 2,250 employees can be shown the door. HTC also announced that company will be forming new business units so that they can focus more on their premium smartphones along with virtual reality  products and products related to connected lifestyle. HTC’s CEO further said that with this realignment, the company hopes to instil the right amount focus and resources to its each product group.

HTC, once a leading smartphone manufacturer, is currently facing stiff competition from relatively new Chinese smartphone giants like Xiaomi and Huawei along with the Korean electronics giant Samsung. This has significantly shrunken HTC’s market share as more and more users are now flocking to these brands forcing the company to undertake measures like these.