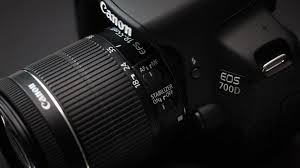 Cameras have transforming a hell lot in the past few years thanks to surprising threat that they face from our ever evolving smartphones. Although we are still miles away from such smartphones that can replace DSLRs, but for those who aren’t interested in hefty cameras, phones can be a great option. However for those who have photography in their veins and like clicking with big cameras, DSLRs are always a great option. That’s exactly the reason why camera makers these days are adding a host of features on their products to make them competitive and enticing for this particular section of people who like to buy DSLRs.

Price range of DSLRs can vary a lot. Depending upon the features, these DSLRs fall in different price categories. However, even if you know your pocket and your needs, even then finding the right camera can be a tough row to hoe. This is exactly the reason why we have compiled a list of some of the best cameras that you can buy in 2015 under $1,500. Here it goes…

Nikon D7200 – A True Winner – This price category has a whole lot of options, but the new Nikon D7200 just leaves everyone behind in terms of performance. While others too are able to provide crisp and detailed images, but what sets this device ahead from the lot is its amazing ISO settings along with a superb autofocus system that promises to give you a shot that you’ll never expect you would click. Battery life too is nothing short of stupendous on the Nikon D7200.

Firstly, the image quality of this camera is spectacular. Though it has the same 24 -megapixel resolution like its predecessor, but its new sensor and updated image processor just boost so much detail in the images it captures. As a result, one gets an improved dynamic range and clean images even at higher ISO settings. Though these differences aren’t a game changer, but they surely give some edge to the D7200 over others in this price class.

Nikon is always known for its solid build quality and that shows in the new D7200 as well. It has a magnesium-alloy rugged body and boasts of water and dust resistant sealing which makes it an ideal camera for adventurous shooting. In terms of looks, the camera slightly resembles the Nikon D5100; however, its autofocus system resembles the one you get to see in the expensive Nikon D750. There are 51 AF points and these densely AF points help the camera to focus and track moving subjects with a lot of accuracy.

The Nikon D7200 is a direct replacement of the D7100. Though this previous model is available today also and tends to have some pretty similar specs, but the sensor, autofocus system and battery life of the new model just makes you drool over it. In case you are planning to buy one amongst the both, just forget everything and get the D7200.

Cannon EOS 70D – Best For Video Shooting – If you happen to be a Cannon lover who has quite a few Cannon lenses who isn’t willing to switch brands and who tends to shoot a fairly good amount of videos, the Canon EOS 70D is just what you need to get. In this price category, this one is Cannon’s best. Though it’s image quality isn’t exactly the one you’ll get from the Nikon D7200, but the Dual Pixel autofocus system along with its surprisingly good touchscreen make the EOS 70D a fast accurate option for shooting videos.

Apart from that, the 70D offers some great features which are rarely found in DSLRs like the rotate-able tilt screen that makes it easier for the camera to shoot especially when eye contact with the screen is near to impossible. The screen of 70D is touch sensitive which simply makes menu navigation faster and focus-point selection easier. Moreover, since the 70D has been in the market for quite some time now, therefore it sells at a price that’s $250 less than Nikon’s D7200.

If video shooting is significant for you then you should really consider the 70D because of the many benefits that this camera has to offer in this mode. The 70D comes rigged with Dual Pixel autofocus system which is nearly a ‘ground breaking’ innovation in terms of autofocus systems. That’s exactly the reason why this camera is able to shoot fast and precise videos giving a unique camcorder like experience while using a DSLR.

Pentax K3 – For the Budget Conscious – If you love photography but don’t have much to shell out from your pocket, then the Pentax K3 is the ideal camera for you. It might not be the best option if you are video enthusiast and even for those who are looking for modern features like in-built Wi-Fi etc. However, the Pentax K3 is the best choice if someone is looking for a camera that’s in their budget.

Its price isn’t the only impressive feature of the K3. K3’s image stabilization is highly acclaimed of which is designed in such a way that it minimizes camera shake irrespective of the kind of lens you’ve mounted. Apart from that, the K3 also sports dual SD slots just like Nikon’s D7200. Another impressive feature of this camera is that though its price is less, however its build quality is nothing less than those seen at pro-level cameras. The K3 can very well handle dust and water with its 92 separate seals which is something hard to find on cameras of this price.

The K3 has a large bright viewfinder which makes it easier to spot the subject. It also omits anti-aliasing filter which in turn increases sharpness, but can bring a little moiré. All in all, the Pentax K3 is a brilliant camera for those who are looking for a quality camera in this price range.

DSLRs have a long life cycle and one usually waits for many years before actually thinking about upgrading. Even companies take a couple years before upgrading their models. These are some of the best cameras in this budget. In case you know one that’s equally better, let us know in the comments section down below. In case we know about any recent release, we’ll update our list. Till then, happy clicking!