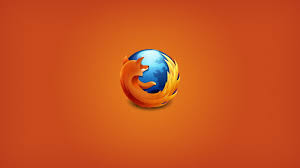 We all have tried browsing privately for our ‘own’ set of reasons. It really helps you connect with the internet without actually letting anyone know that you were there. However, it looks like Mozilla is making private browsing better a little better for its privacy conscious users.

We all know that history of your private browsing session isn’t remembered. But, it looks like Mozilla is trying to test an all new method where Firefox simply will simply block online services that intent to track you while you browse privately on the net. That resembles to what plug-ins like Ghostery do, but Firefox now seems to do it on its own in its incognito mode.

This brand new feature is for experimental purpose right now and is available on Firefox’s Developer Edition for Linux, Windows and Mac along with Firefox’s Aurora channel that’s available on Android. According to Mozilla, this new feature will help you take more control over your private browsing session than you did earlier.

Earlier if you used to browse privately, even then some sites were fully capable of tracking you through fingerprinting even if they lack access to your machine’s cookies. However, now with this update it’s impossible for such sites to do that. This new update will also enforce add-on verification to keep you safe from extensions that can prove to be harmful in nature.

Mozilla lately received lot of criticism for making Firefox rigged with useless features like messenger and Pocket. However, this enhanced Private Browsing method will likely help the non-profit organisation to gain more users.