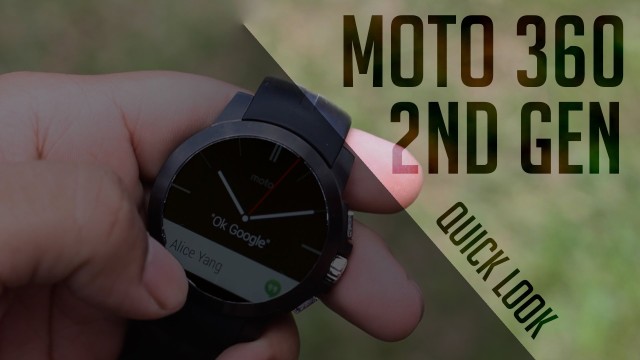 Motorola’s devices have been a target of various leaks thanks to the wide popularity of these devices. We got a good look of Moto G3 and its specs way before the phone’s actual launch. Similar cases have happened earlier too. Now again, a Motorola device has reportedly come in front of the world, but this time the culprit is no other than the company itself. Motorola recently posted a video on Twitter that gave a pretty clear look of what appears to be the 2nd generation Moto 360.

The new smart watch from Moto appeared in the video only for a few seconds and one can easily make out that it’s not the 1st gen Moto 360 that we know. The crown button on this one seems to be shifted a bit towards the clock’s 2 o’clock position and the bezel on this mysterious watch look a little smoother. The watch also seems to have the same flat screen like the first gen Moto 360 had.

What’s interesting is that this isn’t the first time when Motorola has made this mistake. A few days before, company’s social media team announced the launch date of their upcoming flagship Moto X Pure on Twitter and Google+ and then later removed the post. If the company continues to make such mistakes in future then perhaps they might do more damage to themselves rather than those who intentionally do these leaks.