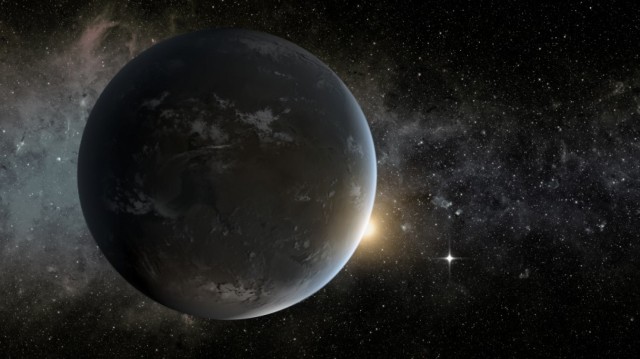 NASA’s researchers who are currently working on a Spitzer Space Telescope made a crucial announcement in which they revealed that they had found a close rocky exo-planet to Earth. It looks like a tiny burg which this team is calling HD 219134b and is just 21 light years away from Earth and lies in the Cassiopeia constellation that’s near the North Star.

At first it was spotted by a 3.6-meter Galileo National Telescope that resides in the Canary Islands after which it was confirmed using the Spitzer. Though the planet is larger in size than Earth, however, researchers happened to notice about this planet that it transited across its parent star face. Unfortunately (or fortunately), there is a zero percent chance of us finding alien life there because 134b orbits are too close for sustaining life.

However, one can’t deny the fact that this planet is nothing less than a remarkable discovery and a treasure of astronomical data which will tend to keep scientists busy for a long time. “Transiting exo-planets are nothing less than a mine of in gold. That’s because one can extensively study and learn about their characteristics,” Michael Werner, project scientist of the Spitzer Mission at NASA’s Jet Propulsion Laboratory said earlier in a statement. He also added that this exo–planet will be intensively examined and might even be the most studied exo-planet for the many decades to come. Hope our bright astronomical team at NASA makes use of this fantastic discovery for the betterment of our planet, Earth.