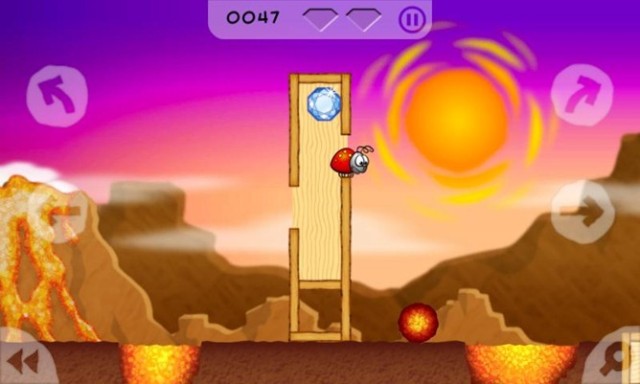 Gaming on iOS devices have changed significantly over the years, thanks to the powerful performance that these phones are able to offer. However, an important role is also played by the developers of these games that are able to make use of these high configurations of iOS devices so as to create games that aren’t just attractive but are extremely enticing too.
Though playing games on iOS is an entirely different experience, but finding one is almost similar to what users experience on Android app store. Over the years, the Apple app store has become too cluttered of utterly useless apps and games and this makes the search of your ideal game unending. This is exactly where we, at Mobile Magazine, come in. We’ve developed a list of ten iOS games that are extremely popular amongst the people in 2015.

They are…
Asphalt 8: Airborne (free) – Gameloft took the world by surprise when they first released Asphalt. Nobody had ever imagined that a car racing game would look so good on mobile screens. However, now we know it’s real. Gameloft’s Asphalt 8: Airborne is yet another addition to their extremely magnificent line of Asphalt series. Download this game for free and you’ll see yourself driving the world’s sleekest and meanest machines while performing some magnificent stunts.

Beat Sneak Bandit ($2.99) – This game totally proves the notion of ‘one thumb plenty’ since the game is so neatly designed. Beat Sneak Bandit is a perfect blend of rhythmic-action, platformer and stealth game. The gameplay revolves around a titular hero who is aiming to steal all the world’s clocks from a wicked character called Duke Clockface. In this game, you’ll move according to the game’s beat, rebound-off from its walls while avoiding guards and alarms to steal clocks. This game is a true charmer.

Bejeweled (free) – There are myriad gem-swapping games on the iOS, but PopCap’s Bejeweled is simply different. It’s not something new. Bejeweled has been on the app store for a long time now and this reflects through their iPhone release. The gameplay of the app is extremely polished and mature. Apart from the standard mode where one has to match 3 or more gems, one can also play Diamond Mine, Butterflies and Poker.

Beyond Ynth ($1.99) – This game, unlike other big characters, features a bug and is said to be extremely popular amongst kids. It’s a fantastic platform puzzler which is oddly hesitant to fly and therefore instead gets around 2D levels by simply rolling around in the boxes that are full of platforms. Beyond Ynth, though seems to be hanging on a quest, however with each passing each level, the game will form a devious test where the player has to simply figure out precisely as how the bug should reach the end by carefully using the boxes, switches and even available environmental hazards.

Blackbar ($2.99) – Though this game is a word-based puzzler, but it sheds adequate amount of light on digital surveillance issues too which makes Blackbar a totally unique and classic iOS game. The gameplay comprises of single screens that are used for communication and most of them involve your friends who’ve gone to the city for work. However, you soon realise that all this is a part of this worrying yet oppressive society. One literally has to fill the blanks and get immersed in this game that’s sprinkled with humour and humanity.

Boson X ($2.99) – Boson X is one game that we can assume to be totally accurate representations of the boffins present in Geneva. In this game you’ll find X mad scientists running across colliders and over energy panels while discovering particles and by simply leaping in the abyss. This game might be tough to conquer at first but it’s extremely addictive.

David. ($1.99) – David. (yes that’s David with a dot) is a game that’s a perfect combination of art and some difficult action game. The hero of this game is basically a simple square whose aim is to rid the world from evil shapes. The controls are strikingly similar to platform games. One can even unleash colourful blobs to kill these multi-angled enemies. As the game progresses, your ability to move, plan and leap will be tested at the same time.

Device 6 ($3.99) – This game starts with a story in which the main character Anna finds herself stranded on an island. However, she has no idea about her whereabouts and how she got there. The game then starts from there where the player has to fuse literature with adventure and find the words that will form the corridor to Anna’s memory. Integrated puzzles and superior graphics make this game a must-have on every iOS device.

Devil’s Attorney ($1.99) – This game is basically a satirical take on the way advocacy used to be done in the 1980s. This game is a turn-based strategy game where you’ll need to battle in court by making use of your legal skills on your opposition who will then fight you back once you’ve executed your actions. Winning a case will get you cash which can then be spent on materialistic goods that’ll eventually help to boost you as a lawyer. This game is a must for those who always wanted to be a lawyer in life but ended up becoming something else.

Gridrunner (Free) – Gridrunner is a result of Jeff Minter who is known for his Gridrunner series that has a long history by starting out at the VIC-20 which was the dawn of gaming at home. This game is basically an update to that classic Namco arcade game that also comprises of modern mechanics. This game’s survival mode, one only has one life. You can, however buy the ‘Extended Mode’ as an in-app purchase to enjoy it as a standard game.
Gaming can always help you kill time when you have absolutely nothing to do. Apart from that, strategy based games also open your mind and tend to make you more alert. In case you think we forgot a game that’s equally good than the ones mentioned above, feel free to drop it in the comments below. Happy gaming!