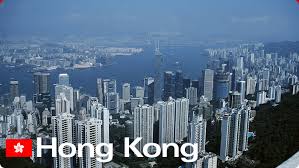 Uber is gaining ground in Asia’s fastest growing economies like India and China. In fact, the company’s growth in India just surpassed that of US. However, it looks like Uber still doesn’t have much reason to rejoice as the company faced yet another bump since latest reports suggest that the company’s offices were raided by police in China’s autonomous province, Hong Kong. Police also arrested five Uber drivers during that raid for operating without having a hire-car permit and for driving without the insurance of the vehicle. Two local offices of Uber were also raided after which three of its staff members were detained.

Bruce Hung, Hong Kong’s senior police inspector, said that their undercover police officers made use of the app so as to call five Uber cars and then arrested these drivers once they reached the destination because they lacked proper documentation. These arrests have been made just a few weeks after traditional taxi drivers started protesting against Uber and other similar services saying that these drivers work without a hire car permit.

Although Uber has made it mandatory for drivers to get third-party insurance, however, it’s still unclear whether the same applies on hire car permit as well. Though Uber has earlier described Hong Kong as the company’s regional headquarter where the government welcomed their technology with open arms, however, Uber has suffered extreme opposition while expanding in these new territories as well. After its most recent funding round, Uber turned out be a $50 billion dollar company and while they are exploring international waters for gaining ground in these countries, the company is also facing a lot of criticism at the same time.