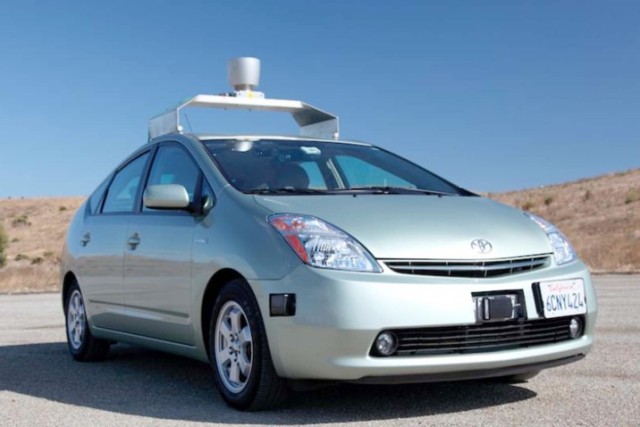 The way people traverse around the world has changed by humungous amounts in the past few years. It’s not just about bigger and faster engines and the change in the design methodology of the cars. This market, instead, has seen some major advancements which have made it possible for the people to see the future of mobility that lies ahead for them.

While there are many changes that have happened in this realm, the ones that are bound to have a major impact on the coming years for the world of mobility are; driver-less vehicles, electric vehicles and on-demand mobility. Together, the innovations in these trends will shape our future and make it cheaper, safer and full of various options. Let’s try to examine each of these aspects closely.

Driverless Vehicles – A Major Shift in Technology
It is believed that the concept of autonomous vehicles was first initiated by Google. However, today many have joined the race. Volvo, Tesla, Mercedes-Benz, Hyundai and Ford are doing their own research on self driving cars and it’s rumoured that Apple might be competing to create one too. The first batch of these cars might even become available in a few years down the line. Uber, in fact, has already planned to buy 500,000 of Tesla’s autonomous vehicles as soon as they are ready.

However, what’s crucial is that the demand of autonomous vehicles isn’t something initiated by consumers but solely by powerful economic forces of the world that intend to bring a global shift in the mobility market. Currently, 60 to 80 percent of the revenue that’s earned by Uber stays with the car owners. Thus, eliminating the driver from the on-demand model will totally transform he economic model of the company and that’s one big reason why the company is so keenly interested to invest on autonomous vehicles.

Therefore, since these on-demand mobility firms all around the world are so highly motivated from economic perspective to develop these driverless cars and trucks, it won’t be wrong to expect that during the next 5-15 years, autonomous vehicles will be dominating a larger portion of the mobility market. While it’s still a topic of debate as whether driverless cars are safe for the people travelling in them and for others on the road, but one cannot deny the fact that the safety of these autonomous vehicles should be a chief area of focus for all transportation regulatory authorities.

Electric Vehicles – A Viable Alternative to Gas Vehicles
The world is aware of the fact that these conventional sources of fuel won’t last for long. Another 30-40 years and after that we might not be able to dig further. If the world runs out fuel, it pretty much will come to a standstill and might bring the biggest economic shutdown of all times. So, it’s crucial to find an alternative that’s not only renewable but is also environmental friendly owing to the fact that non-renewable fuels have raised the levels of pollution.

It’s not that we haven’t looked for alternatives. We have tried a variety of things; from solar cars to organically produced fuel, hydrogen powered cars and even cars that run on water. However, the concept that turned out to be most feasible is that of electric vehicles. Although the ones built earlier didn’t have anything impressive about them except from the fact that they run on battery. They looked odd in shape and weren’t too fast either. However, electric cars built today are completely different. BMW’s i8 and Tesla’s latest electric vehicles show that these cars can be fast, good-looking and convenient at the same time.

On-demand mobility services will again play a crucial role for the success of this aspect since in the future, a transportation platform will be needed which is not just cost efficient but is reliable and promises less maintenance too. With the expansion of this on-demand mobility market, the demand for electric cars will increase too that will further cause the prices of these cars and this technology to take a plummet. This will eventually help to bring a greater amount of electric vehicles on the roads.

On-Demand Mobility – Shaping the Transportation Realm of the Future
Undoubtedly, on-demand mobility is a trend that changed the course of the transportation industry and the world’s economy. The recent exponential expansion of these ride sharing services where cars can be availed with a single click on the app are beginning to make a global shift in the way the transportation realm actually works. If stats are to be believed, then it’s estimated that in the near future, car sharing will bring about a drastic impact on car ownership figures.

The escalating costs of vehicles and commuting times and the need to cut greenhouse gases are some of the major factors that are contributing to growing demand of these on-demand mobility services. Thus it won’t be wrong to estimate that in the coming years, people will ride mostly using shared mobility services rather than on their personal vehicles. While that might sound absurd to the Westerners, however, for Asia’s two populous economies, India and China, this might turn out to be true soon.

In India, only 5 percent people own a personal vehicle. The roads, though, are jammed to a great extent. There, the middle class is earning greatly and has the kind of money to spend. But for them, the car ownership model of the West simply can’t work so their best bet is on-demand mobility. This implies on China as well. That’s exactly the reason why the growth of on-demand mobility services in these two countries has surpassed the West.

We Are Near the Future
It won’t be wrong to assume that currently we are standing in a phase which marks the most significant shift in the transportation realm. The benefits of these changes will be enormous. One will have access to mobility options every time, costs of transportation will be reduced, accidents will become a thing of the past and the greenhouse emissions will see a drastic cut.

But we also need to ensure whether we are ready for those changed times or not. Self-driving cars might look enticing and safe, but one cannot rule out the fact that transportation rules will then have to be thought again and in an entirely different manner so as to suit the ‘behaviour’ of these cars. We truly are heading towards the future of transportation in an amazingly fast pace, all we need to make sure is be prepared for it.