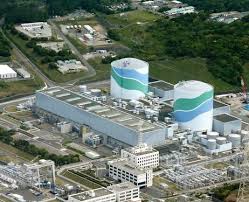 The earthquake and the subsequent tsunami that rocked Japan four years ago was probably the worst in the history of Japan’s natural disasters. While the earthquake shook the very roots of Japan, the tsunami that followed it choked the entire cities of this far-east nation with rubble. This earthquake also caused a radioactive meltdown in some reactors of Japan’s Fukushima nuclear plant eventually leading to mass evacuation of the entire area and the power plant being shut down.

Nuclear power is an important backbone of Japan’s economy which has fuelled its growth since many years. However after this tragic incident, Japan shut down all of its 54 nuclear reactors, some permanently while some temporarily. This led to a rise in energy prices all over the country which have now gradually reached to a considerable height. Thus, the authorities have now decided to switch-on one reactor at their Sendai Nuclear Power Plant.

Though the nation is returning to nuclear power but it looks like Japan has taken into consideration a lot of factors for the safety of the new plant and for avoiding any future disaster. High walls have been constructed around the plants to safeguard them against tsunami and a variety of other safety features have also been adopted. According to Shunichi Tanaka, chairman of Nuclear Regulation Authority, a disaster like the one that struck Fukushima nuclear plant will not occur again.

As expected, a large number of people weren’t happy about this decision and protested in front of the plant. But, in order to control the soaring prices of energy in Japan, it looks like the authorities are all set to power it up again.