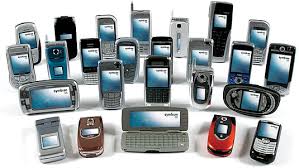 India is amongst the fastest growing economies of the world. Its huge population is truly an ideal market for manufacturers from all around the world and that implies on smartphones as well. India is the biggest market for smartphones and this is exactly the reason why more and more smartphone companies are undertaking measures with which they can entice the Indian market.

However, recently the growth of the smartphone market in India stuttered a little just like it did everywhere else. The market faced a slow start in 2015; however, latest figures show that shipment figures of the second quarter have significantly improved with Samsung, Micromax, and Intex acquiring a combined market share of 51 percent.

Smartphone shipments routed towards started to decline by the end of last year for the very first time because of low demands from retailers and seasonality. But it looks like the figures have now pumped back again. Though the Indian smartphone demand seems to have recovered but it looks like the Chinese smartphone market still has a long road to recovery. That’s exactly the reason why Chinese manufacturers like Lenovo, Huawei, Xiaomi and OnePlus are taking significant measures to capture the mindshare of the Indian market.

While these companies are doing every possible bit to attract Indian customers, however, India’s smartphone market still is largely dominated by Korea’s electronics giant Samsung and India’s very own smartphone vendors Micromax and Intex. With the Indian smartphone demand recovering from the plummet, it’ll be interesting to see as which all companies are able to take advantage of it.