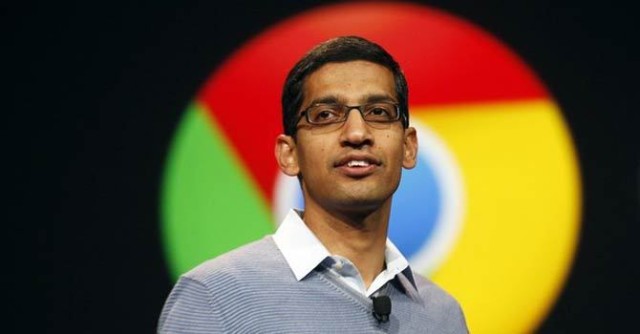 The last few years have had a strong impact on the way we lead our lives today. Information from all around the world became easily accessible, smartphones became smarter with brand new user-intuitive features and data around us became a lot more organised. One company that played a big role in making all that happen is Google. Google started as a college project, but little did the people know that this company will have such a heavy impact on their lives.

Today, Google isn’t just a search engine giant. They are into everything. Millions of companies today rely on Google for their driving their sales and support. Google’s smartphone OS, Android, has the largest user base all around the world. Various companies like Youtube, Nest, Fibre etc. are operating under direct supervision of Google. Apart from that, the company also has some impressive plans for the future like the development of internet-showering drones and autonomous cars.

Google’s founders Larry Page and Sergey Brin are truly ambitious individuals. They’ve always invested their time and money in ideas that could spark a change and a revolution since the company’s inception and this has eventually led to Google being a part of myriad projects that might be too diverse for a single company. Thus, they started to work on a company that would simply be a conglomerate of all the projects and companies that were owned by Google and this led to the creation of…

The Umbrella Company – Alphabet
Google recently made its plans very clear to the world that they’ll be re-branding themselves as Alphabet which will be holding the many companies and projects that were earlier run by Google. Google, in fact, will now be a part of Alphabet as the largest wholly owned subsidiary. The new company has also got its own URL which is peculiar in itself – https://abc.xyz/. With the creation of Alphabet, the various companies and projects that were earlier run by Google will now be administered with more ease and attention. Page even said in a blog post that these companies that fall under Alphabet can then go on to become big brands in itself.

Though Google acquired various businesses and made riskier bets on their futuristic projects all because of the enormous success of their search engine, but now, with the creation of Alphabet, these companies will be able to get exactly what they need in a much better way. This major restructuring of the company will also help its investors to get a better insight of how their money is being invested.

The company also announced that all shares of Google will now be automatically converted into Alphabet’s corresponding shares, however, they will continue to trade at the stock exchange under their stock ticker symbols – GOOG and GOOGL. As the news of Google’s future plans spread, the share prices of the company too soared to 5% during after-hours trading.

What’s more important is that Google’s top few like Page, Brin, Eric Schmidt and David Drummond and a few more have stepped down from the positions that they retained in Google so as to serve Alphabet. While Page will be Alphabet’s CEO, Brin will become its president, Schmidt will act as the Executive Chairman and Drummond will be Alphabet’s Chief Legal Officer and Secretary.

So, if these people aren’t running Google. Who is then?

Enter, Sundar Pichai – Google’s New CEO
Google’s announcement regarding the new company Alphabet wasn’t the only surprising element. In fact, what captured the eyes of most Indian-origin people all around the world was that Indian-born Pichai Sundararajan also known as Sundar Pichai who earlier worked as Google’s head of Products and Engineering will now be appointed as the CEO of the all new slimmed-down Google.

Sundar Pichai (43) was born in Chennai and graduated from India’s topmost institute, IIT Kharagpur in metallurgy and materials. He then went to Stanford University and then did an MBA from Wharton. According to Larry Page, Sundar Pichai really stepped-up in company’s operations since last year’s October and both, Larry and Brin, feel super confident and excited to hand over this key role to him.

Pichai started working at Google in 2004 as a ‘low-key manager’ where he worked on the Google toolbar. He then led Chrome browser’s launch in 2008 which turned out to be a phenomenal hit. Following this, Pichai rose swiftly through Google’s ranks as he soon became company’s Vice President and then Senior Vice President ultimately making him responsible of Google apps which included Google Drive, Gmail and then Android. His promotion to company’s Product Chief in October last year made him Page’s second-in-command.

Those working at Google also seem to be super happy for having Sundar being awarded this position. His colleagues describe him as a soft-spoken person who has unique managerial skills and is a skilled diplomat. Pichai is popularly known for sorting out the scuffle that took birth between Samsung and Google where it looked like the Korean giant’s Magazine UX interface deliberately undersold services at the Google Play app store. Pichai, the then Google’s chief of Android Divison, held various meetings with Samsung’s CEO which helped to put this matter to rest.
Apart from that, Google’s new CEO seems to be having a thinking process which is way ahead of the curve. He was always deeply into electronics. His professors state that Pichai used to work in that field of electronics that time when no separate course on the subject existed in the curriculum. Google’s founders were, therefore, undoubtedly impressed by Pichai’s talents which led them appoint him as the new CEO of Google. India’s Prime Minister, Narendra Modi, too congratulated Sundar Pichai for his accomplishment and wished him luck for his future endeavours as Google’s CEO.

How This Restructuring Will Affect You?
With Alphabet presiding over the projects and companies that were acquired by Google, you will now be able to view the progress and their future plans more accurately. As an investor, this can help you immensely as you’ll know what all that particular company is up to and whether it can give you the returns you expect or not. Though it’s too early to comment on how drastic the changes might be for all of us in the future because of Google’s this shake-up, however, it’s definitely certain that it will affect the lives of billions around the world effectively.