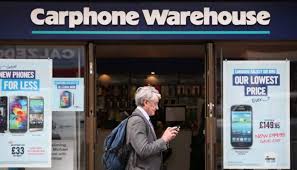 Recently, various hacking groups all around the world have become increasingly active. They are mainly targeting growing businesses where people have no other choice than store the private information of their credit/debit cards. UK-based company, Carphone Warehouse, is the one which has taken the blow this time. The firm recently shared with its customers that they’ve suffered a cyber attack which might have possibly revealed the private details of their customers. What’s worse is that the credit card info of more than 90,000 of those total 2.4M customers might be jeopardised too.

The company says that they found out that they’ve been under a cyber attack last week. According to them; addresses, names and the bank details of its users might have been accessed by those behind the hack. Since the attack lasted for more than two weeks, therefore one cannot rule out the fact that the hackers possibly have got what they needed from this hack.

Such kinds of incidents have taken a toll recently. What’s more frustrating is that we, the common folks, can’t really do a thing. All we can do is pray that we are not amongst those whose financial details are running out and about. Obviously, we can change our passwords so as to prevent any loss but that’s generally the case when the hack has happened. Instead, something should be done to prevent these hacks at the very first place. It’s high time that these popular online businesses start taking the security of their customers a little more seriously rather than just telling them “we take the security of our customers very seriously.”