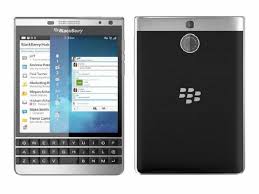 Blackberry recently debuted the square-screened Passport and now the company has an all new model to please its loyal customers. The company has finally revealed the much awaited Silver Edition of the phone which is a variant that tends to wield a much more ‘refined design’ which includes a stainless-steel frame along with a soft-touch diamond-pattern cover on the back.

We need to admit that BlackBerry has definitely put a lot of thought in this silver version of the phone certainly making it look a lot more sophisticated. Though the phone’s size can come to be as a bit awkward for some and the keyboard might take some time to get used to, however it is definitely worth a try.

The new model of the Passport will be carrying the same specs like the original one. It has a 4.5-inch square screen having a resolution of 1,440 x 1,440 at 453 DPI. Inside the phone is a 2.2GHz quad-core Snapdragon 801 processor and an Adreno 330 GPU along with 3GB of RAM and 32GB of in-built storage which can be expanded to 128GB through a micro- SD.

The Passport Silver will also feature a 13-megapixel camera on the rear and a 2-megapixel camera on the front for some good quality selfies and video chats. Coming to the OS, it’s but obvious that BlackBerry 10 will be running the show here. Initial impressions of the phone look quite pleasing, however it will be interesting to see as how this new Blackberry tends to affect the smartphone market.