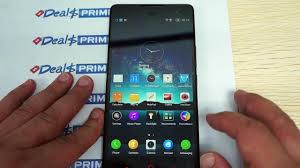 Recently, a new company called ‘Axon’ about which no one had heard before promised to launch a shiny and impressive $450 smartphone. The company finally did manage to do that. As was earlier being speculated, Axon isn’t a startup smartphone maker that plans to take on the big players in the game. In fact, it was a sub-brand of the Chinese OEM ZTE which was trying to make a cool yet astonishing piece of hardware. But did ZTE deliver a device that stands a chance against the big guns? Let’s find out.

Hardware
The ZTE Axon comes in three different shades i.e. black, gold and champagne. The phone presents a dense, solid-feeling as the body has been crafted purely out of metal, however, since it’s not unibody construction, therefore Axon’s main section is basically one plate that is flanked on the top and bottom with the help of metallic caps that tend to form the edges of this phone. Axon’s thick 9.3mm waistline also has a gentle arch on its back which makes it settle comfortably in the hand.

Metal construction of the phone makes it impossible to remove the 3,000mAh battery. Plus you’; need a paperclip for taking the nano-SIM card out from the phone’s side. The phone doesn’t offer expandable storage and comes with only 32 gigs of built-in storage out of which 24GB is available for you to use. The phone gets its power from a Qualcomm Snapdragon 810 that clocks to 2GHz. However, with its whopping 4GB RAM, the ZTE Axon surely has got the muscles to take on its pricier rivals.

Even before you come across anything else, your eyes will tend to lock onto either the phone’s 5.5-inch Quad HD screen or the tiny little triangles that festoon the top and bottom of the phone. Meanwhile, you might think that these grids of triangles above and below the phone hide some loud bombastic speakers; however that’s not the case. In fact, there is only one front tiny speaker that’s lodged somewhere behind the phone’s bottom grill. This triangular craftsmanship, as it turns out, is just for show. The phone rocks a 13MP rear shooter and a 2MP shooter on the front.

Display and Sound
Although people are still deciding whether they actually require a super high-resolution screen or not since our eyes are unable to tell the difference after a certain point, however, companies still tend to explore sharper displays. The 5.5 inch ZTE Axon has an LCD panel which makes use of a Continuous Grain Silicon (CGS) technique that provides the Axon with a thinner high-density display. The Axon’s screen isn’t something as grand as the Galaxy S6, but it can surely be considered at par or even more than the LG G4. Brightness and viewing angles of the phone are pretty solid too making it a great disply overall.

Another high point of the ZTE Axon is that it has the ability to play 32bit audios, while the Galaxy S6 can only play 24bit files. That might be impressive, however, one rarely listens to 32bit audios. So, although it’s practically not that much useful, but still it’s there just in case you need it. The Axon makes use of Dolby Audio that is pre-installed in it to tweak your tunes so as to make them sound deeper and powerful.

Software and Camera
The Axon comes pre-loaded with Android Lolipop 5.1.1 and ZTE thankfully didn’t paint it with too much bloatware. Apart from a couple of different icons and custom widgets, the phone feels just like as if it is running stock Android. Almost all of Android Lollipop’s important features were just where one can expect them to find. The apps that are bound to come with the Axon cannot even be called bloatware since they can be quite useful at times like the; Dolby Audio, Yahoo Sports activity tracker called Argus etc.

Axon sports a rear-facing duo camera just like the One M8. Although the M8’s camera seemed to be a lot less than what a primary shooter should be, however, the one on the Axon is surely different. The 13-megapixel camera on the Axon is a capable performer as compared to others. The phone’s camera app doesn’t seem to be leaning too much on the secondary sensor and there is a Bokeh mode that turns on by swiping to the left from the main camera view. 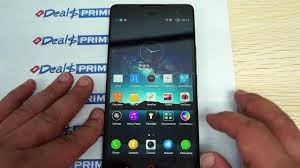 Performance and Battery Life
Axon offers its users a lot of power to play with since it hides under its hood a Snapdragon 810 along with a Adreno 430 GPU with the combination of 4GB RAM. The phone simply catapults into the upper echelons of the mobile computing realm and stands next to phones that tend to cost considerably more. The phone’s graphical performance too was at par with big flagships in the market. Heavy games like Dead Trigger 2, Asphalt 8 and The Talos Principle can be played smoothly however Axon’s Snapdragon 810 inside a metal body can make it noticeably warm once you start pushing it.

Axon’s sealed 3,000mAh battery won’t be the best in its class in case you use your phone a lot as it might only for around 9 hours, however, it is any day better the One M9 which only manages to give a charge of 8 hours. G4, however with its Quad HD display can run for good 11 hours. One good thing about the Axon is that it packs Qualcomm’s quick-charging technique which means that the battery will run for 13 hours before it decides to get a top-up. In case you’re a kind of person who doesn’t stays glued to the phone, then the ZTE Axon can run for two days without a trouble.

Wrap-up
ZTE’s Axon is definitely a powerful, budget-friendly phone which is one of its kinds. It’s got the power, is well-built, camera performs well and plus it has got the tantalizing price tag of $450 which is probably the least amount of money one can spend right now for a phone so well equipped.
However, the Axon has its own share of shortcomings. Its software isn’t that polished, plus a lot of people need external memory. Though the ZTE Axon isn’t a perfect phone, however, it’s definitely the kind of phone whose sequel will keep the world on its toes.