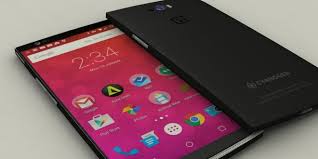 OnePlus, a company that currently employees 900 people and has sold around 1.5 million smartphones after their debut 15 months ago is said to be doing surprisingly well especially outside its home nation, China. OnePlus’ CEO Pete Lau also revealed that 60 to 70 percent of these sales came from overseas which was a significant change as seen from the 50/50 ratio that was back in November. One could possibly argue that this is mainly because of the dip in the smartphone market growth of China, however, Lau isn’t concerned about it as he along with his co-founder Carl Pei now seem to set their eyes on West and more recently, India.

According to company’s stats, their biggest influence arises from Europe and the US right now. India too, company said, has shown immense interest because of their US influence. Pei, Head of Global at OnePlus, recently spent a lot of time in India so as to build his company’s presence. The OnePlus One currently makes up to 40 percent of the Indian smartphone market in that particular price tier. While other brands slashed their prices, One stood firm on its ground maintained a ‘satisfactory’ sales performance.

Lau hosted OnePlus 2’s main launch event in Beijing while Pei was present at a remote event in San Francisco. OnePlus, however, did not want to leave the fans out, so for the first time ever, they did a product launch using virtual reality. The company now plans to open 9 pop-up stores in on July 31st out of which, two are in India, four are in Europe, one in Indonesia and two in the US. Surely, OnePlus doesn’t just want to expand in China, instead they are doing immense amount of efforts to win the mindshare in other countries as well.