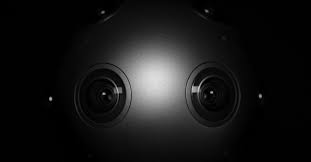 Nokia has recently revealed a new camera for the filmmakers around the world that the company is calling OZO that is fully equipped to capture virtual reality videos. However, unlike those that were unveiled by GoPro and Samsung in the past months, the OZO isn’t just a flattened circle that has cameras. Instead, it’s a spherical ball-shaped device that has got shutters all over its body.

The OZO has around eight shutter sensors on it so as to capture 360-degree videos. Apart from that, it also has eight integrated microphones for capturing a superior sound quality. What makes OZO totally distinct from its competitors is that it has the capability of showing its users what the camera is actually shooting in real time with the help of a VR headset. The OZO can also churn out low-res version of footages that it has shot in just a couple of minutes in case the filmmakers wish to see it again or in case they wish to show it to somebody else. That’s an amazing feature of OZO especially when the videos captured by similar cameras usually need to be stitched together before they are ready for viewing which usually takes a lot of time.

Directors can later publish high-resolution versions of the videos they’ve captured for VR viewing devices that include HUDs like Oculus Rift, Jaunt Inc, One studio which have already pledged to make use and support Nokia’s OZO despite of having their own traditional VR camera. Although Nokia has kept mum regarding OZO’s full specs and pricing but it’s expected to be shipped out 2015’s fourth quarter.