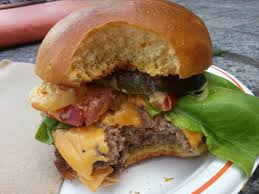 We all know that Google buys a lot of start-ups and companies, especially those that feature the society and people related services. Lately they’ve even explored those grounds that have almost nothing to do with internet searches, however sources claim that this time the company went in a completely different direction which was – the fast food business.

Google reportedly offered to buy Impossible Foods, which is a start-up that is keen on developing vegetarian alternatives to meat. The company whose sole focus is to offer plant-based alternatives to otherwise fatty diets was offered around $200 million to $300 million. This young firm’s biggest achievement till now is a veggie cheese-burger that ought to taste like what are taste buds are used to once it arrives at the end of this year. If sources are to be believed, Google walked out from the deal because Impossible was asking for a higher sale price.

Although it is still not clear as why Google would like to hunt on a fast food startup, however history shows that the Google has explored food joints in the past too. Company’s co-founder Sergey Brin earlier helped to fund a burger that was made solely using stem cells. The most logical explanation to Google’s this fondness for such kind of projects is that maybe the tech-giant wants to aid the humanity as a whole. If the technology employed by Impossible takes off, it will definitely help to fight the mammoth problem of obesity in this nation and help people to adopt a healthy diet.