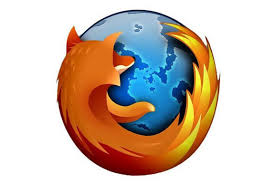 Those who wish to shape-up browser features typically need to jump in the game with everything they’ve got. You need to use early releases and you are also expected to leap in the developer community. That’s because making changes in something as complex as a browser is serious, especially when it’s Firefox – that’s being used by millions around the world.

But what if you are content with a stable version and just feel like offering something like ‘constructive criticism?’ Well, in that case too, Mozilla has got you covered. The company will soon be launching ‘Idea Town’ which is an opt-in program which that lets its users try various upcoming features and while offering feedback on them. For that, you won’t have to ditch you regular Firefox browser and the features listed will only be the ones that are likely to show up. This also implies that one won’t get strictly the kind of experimental features he/she is expecting, but, still it will give a feel of development power in your hands.

Idea Town probably won’t exist anymore than simply a teaser site till the time it’s officially announced which is scheduled on August 11th. However, the first real code can be expected to arrive in the late summer and fall. It is also expected that Idea Town will become widely available once Firefox 42 shows up which is tentatively said to arrive on the 3rd of November. That’s undoubtedly a long wait, but patience can surely help if you are interested in transforming Firefox even if you don’t know a thing about programming.