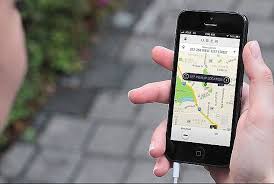 If you’ve ever given a thought to why Uber’s maps show you lots of available cars but still end up quoting you a long waiting time for your ride, we might have an explanation for that now – most of these cars don’t actually exist. A recent study showed that the activity on the app’s map does not correlate well with reality. That was noticed even in those areas where getting a lift is easy.

Company’s spokesperson, however, suggest otherwise. According to them, the number and location of most of these cars is ‘generally accurate,’ but the help staff of the company disagrees to it. One even claims that the app has a glitch that stems from the map zooming, while other says that those cars on the map are simply for a ‘visual effect’ which indicates the presence of those cars that are looking for fares.

Those drivers although get an accurate view, but even they end up to be helpless. While it will say that they are in surge pricing areas, however, it does not tell about the number of drivers who know about the surge and how long actually will it last. The company has its own reasons to be cautious regarding whether they should give you accurate data or not.

Theoretically, Lyft or any another Uber rival could simply analyse these maps so as to find the weak points of Uber’s coverage. The main concern is that both – the passengers and the drivers don’t have a proper insight about how Uber works, and the ones who do aren’t there at the street at all.