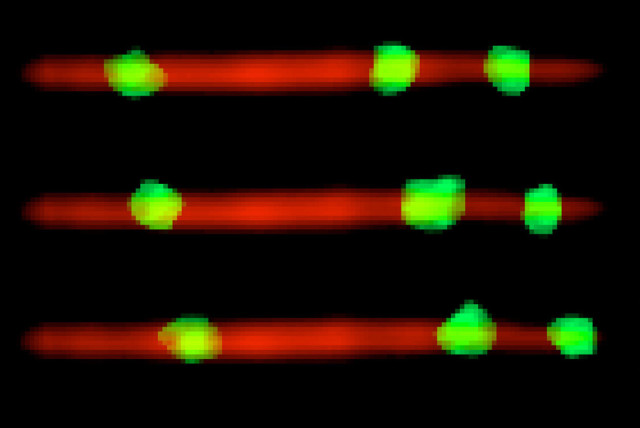 A while back, a team of experienced researchers from all around the world got together to build a transistor which consisted of only a single copper phthalocyanine molecule along with a dozen indium atoms with indium arsenide as a backing material. The result, as we see above, is the smallest semiconductor that’s ever built. The trick behind all this invention was to simply abandon the use of usual mechanics of the transistor which normally tend to control the current by simply modulating the gate’s voltage in favour of a field effect. Here, one only needs to vary the gate’s distance which is the atom’s distance in this case so as to modulate electricity.

However, don’t you start prepping-up for building small molecular transistors for creating your own fleet of small and complex gadgets. The scientists who created this transistor made use of a near-total vacuum environment with a temperature that was barely above absolute zero. That is something quite far from the real-world conditions we live in and thus it looks like it will take a lot more research before such tiny transistors turn out to be useful enough to be employed in devices that one can actually buy. This breakthrough is definitely promising and it shows us that there is still a really long way to go till the time we hit the physical boundaries of electronics.