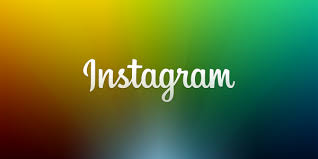 There was a time when people had to use a photo editing app in order to clear those dark spots on their face and to give it a more DSLRish look before they could post it on Instagram. However, recently the popular photo sharing platform has been trying their exceptionally fast and sleek photo editor using which its users can now edit photos and share them with their followers on the go.

Droid life has noticed that Instagram might be working on a much simpler solution that they might launch in the near future. The company is trying a new photo editor on Android that brings things into one single, simple page which will also let you add comments, apply filters and tag people. However, in case you are eager to carry out certain in-depth tweaks in your photo, you’ll have to jump to the next screen.

But don’t be too excited as you shouldn’t expect to lay your hands on this editor anytime soon. Firstly, you’ll need an Instagram 7.3 which won’t be automatically rolling out to everybody. Apart from that, the new interface will also appears to only a handful of people. So currently, one cannot even get anywhere near that update, however some special and distinct users can expect it on their Android smartphones anytime soon. According to Instagram, it would be more of an experimental upgrade rather than a full-fledged application update. No matter when it comes, it surely make it much easier and convenient for those ‘Instagramoholics’ that are on Android to post their snaps.