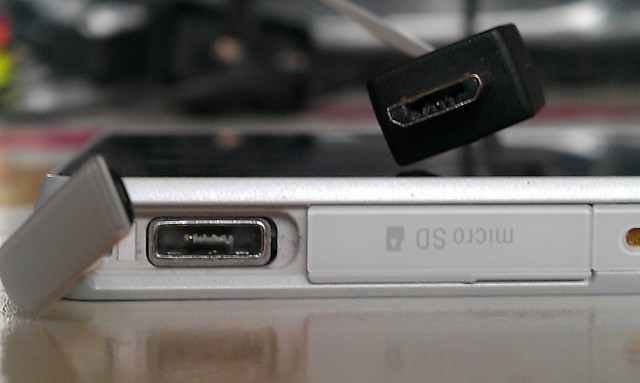 It looks like some of Xperia Z’s disgruntled users have sparked-off a debate suggesting that Sony designed the Z’s charging port weak and bound to break ‘on purpose.’ According to a user who has terms his experience with the phone as pathetic says that the phone’s port is manufactured in such a way so that it breaks and the company is obviously not accepting to admit that.

Not just him, many other users have also reported the same issue with the Sony Xperia Z devices. They say that the phone’s ill designed charging port breaks only within 3 or 4 months of use. Moreover, if you hand over the phone to the company’s service centre for a repair, they return it back saying that “it is beyond repair” or “repairing it will cost more than the phone itself.” The users also blame the company of placing a non-standard charging port on the device so that the customer can be blamed for the fault.

The claims made by these consumers definitely hold substance especially when you realise that other companies design their charging ports in a way so that the user is sure on how to plug the cable. The one found in Xperia Z devices, however, is bound to confuse the user as which way should the cable be plugged. A frustrated user also devised an all new way to charge this phone as shown in his video below:

Sony, on the other hand, has kept mum on this issue for a long time, while the angry users of Xperia Z continue to report this problem over and over again. Maybe, it’s high time that Sony starts looking into this matter seriously or they might begin to see their mindshare in the smartphone market shrinking.