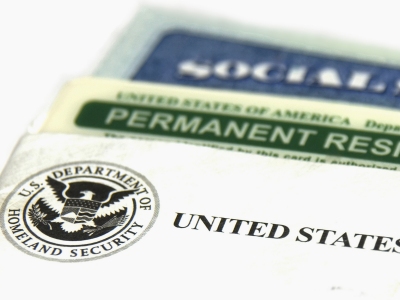 A lot of people arrive in the US for work and study reasons from other nations and then eventually plan to settle-down, thanks to the wide number of job opportunities and great of quality of life that this nation is able to provide. However, the transition of an immigrant to that of a US citizen isn’t easy. It costs hundreds of dollars, myriad trips to the US immigration office and scores of forms that mostly tend to ask the same info again and again.

But recently something big happened in the US immigration sphere. The White House released a report which was titled ‘Modernizing and Streamlining our Legal Immigration System for the 21st Century.’ This report basically outlines the various problems that people have to face from the existing immigration system of the country as well as certain guidelines and recommendations on how the entire system can be improved for making the entire procedure for the people swift and easy; and for this the government plans to take technology aboard.

A few months ago, myUSCIS (US Citizenship and Immigration Services), a web portal was designed so as to help the people by providing necessary information regarding the immigration procedure. With this report, however, White House plans to improvise and streamline the process as a whole. It also said that a system will be designed where people can pay the entire fees online at once instead of paying it separately several times. The new system will definitely take some time in months if not years to come into action, however, once it gets going, it will surely make things much easier for those who wish to immigrate into this country.