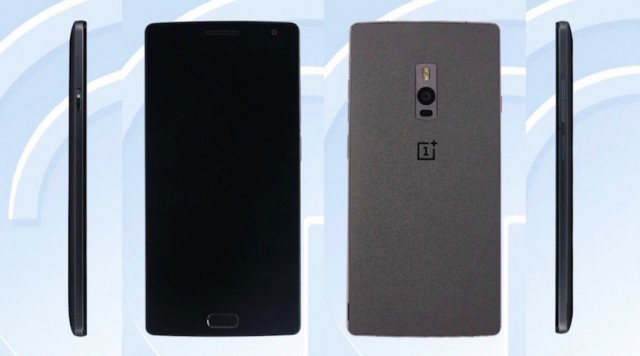 Until now, the company OnePlus did a fairly great job of keeping their upcoming smartphone under the hood ahead of its launch on 27th July. However, Chinese wireless regulator Tenaa leaked a clear shot of the OnePlus 2.

It had become quite obvious from the beginning that the OnePlus 2 will have a supposedly fast fingerprint scanner which is clearly shown in the above image. Also, one can easily make out from the snap that the 2’s camera setup looks strikingly similar to that of LG G4. This means that it might have laser focusing instead of the earlier hyped dual cameras. However, it’s quite unusual to see the camera mounted so low on the phone’s rear.

Talking about the specs of the 2, OnePlus kill the rumours by letting the cat out of the bag a while ago by revealing most of the specs of their upcoming flagship. The OnePlus 2 will have a Snapdragon 810 CPU along with 4GB RAM and a 3,300mAh battery. Its rear shooter will be a 13MP one and the phone will also support dual SIMs. It’s also pretty clear from the leaked image that the new OnePlus will be clad in the previous model’s ‘multi-material’ back apart from having a metal frame.

All of this sounds pretty exciting, but there is still not much info about the price. The previous model, OnePlus One sold through invites with a $300 sticker, however the 2 is expected to be priced a bit more. Fortunately, the suspense will be over in less than a week now.