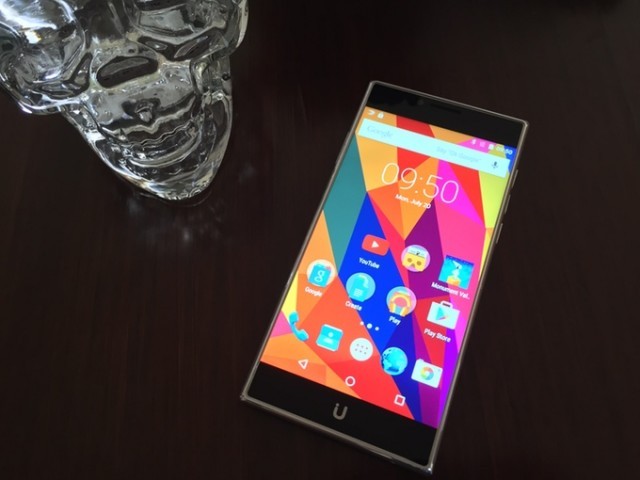 We all know that data around us is increasing every second. In fact, by the time you are done reading this sentence, data around you will get multiplied by a million times. That data also contains private data that is generally susceptible to threat and misuse. There is no such smartphone that promises a hundred per cent security in today’s world. The closest most secure thing we currentlyhave is the iOS 8 which even the police officials can’t hack sometimes. However, a smartphone has finally been announced that revolves around encryption and security – the Turing Phone.

The Turing Phone is basically an Android smartphone that will become available later this month for pre-order. It has a unique, liquid metal construction with a weird looking charging port and a hardline focus on security. The phone is build by Turing Robotics’ which earlier built the QSAlpaha Quasar IV, a smartphone similarly focussed on security and encryption but which failed to gain much attention because of its custom OS. SYL Chao, CEO of Turing Robotics’ claims that they’ve taken care of those missteps while building the Turing Phone.

A Futuristic Design and Build

In terms of looks, the Turing Phone seems like something from the future. It has a design that’s never seen before which therefore makes it look extremely fresh and attractive at the same time. The company claims the phone’s chassis to be made of ‘liquidmorphium’ which is basically an amorphous alloy of copper, zirconium, nickel, aluminum and silver that’s supposedly much stronger than steel but is much cheaper and efficient to produce than Titanium.
This unique liquid-metal alloy construction gives the phone a unique finish that resembles glass. Though this material is a fingerprint magnet, but the thin bezels around the screen don’t really make that much of a problem. The weight of the Turing Phone can surely seem a little more, but it’s definitely not onerous. The phone makes use of a nano-coating technology by the name ‘Binnacle Ocean Master’ for its waterproofing. According to Turing Robotics’, the phone can be left underwater for 24 hours without an issue.

The left side of the phone houses a fingerprint scanner which might look like an odd position for it, especially when it’s located in the front for some phones. The left side of the device also houses the SIM card slot. The back of the phone houses a 13MP camera and a dual flash. Beneath it lays a non-removable 3,000mAh battery and a NFC chip. The phone can only be charged by a Wallaby Magstream magnetic charging cable and it lacks the 3.5mm headphone jack which means you’ll have to use a Bluetooth headset for audio.

Apart from all this, the phone houses a 2.5GHz quad-core Qualcomm Snapdragon 801 processor, a 5.5 inch 1920×1080-pixel display, Android OS version 5.1 with Turing Aemaeth UI. Currently the phone will be available in three color options namely; the Beowulf, the Pharaoh and the Cardinal.

Specifications of the Turing Phone

The Much Hyped ‘Security’ Features
A liquidmorphium chassis with waterproofing is great, but Turing Phone’s high point is its security. Although it’s a tough job to question the claims made by the company right now, however, they believe that the Turing Phone will stand unscathed in case the phone had to face any such situation. The phone’s security revolves around the phone’s Turing Imitation Key which is an attempt to constrain the public-key cryptography directly onto the phone. In simple terms, a ‘public key matrix’ will be paired along with your private key and both of them will remain on the phone offline. Whenever someone wishes to communicate with you in a secure manner, then in that case they’ll be allowed to use your public key for encryption and only the private key that’s present on your phone will have the power to decrypt that message.

The difference in case of Turing Phone according to the company’s CEO SYL Chao is that all this will be happening in the phone on its hardware, unlike other mobile-encryption services  which tend to rely on third-party services for the transmitting of data. The Turing Imitation Key handles all this work on the phone itself which theoretically means that there will be no chance for the malcontent to wreak havoc on the phone’s encryption and decryption processes.
Once launched, the phone will run on Android 5.1 Lollipop with a custom Turing Aemaeth UI on top of it. Having excess to Google Play Services can put the super-secure platform that Turing Robotics’ seems to be aiming vulnerable to a threat, however, we’ll just have to wait and watch what Turing has in store for us.

The Pricing and Availability

The Turing Phone will be available for pre-order on July 31 with only 10,000 units available at the start. The company will begin their shipping by the end of this year. The Turing Phone is available at three different prices with respect to its storage capacity. The 16GB model will cost $610, the 64GB model will cost $740 and the 128GB model will cost $870. To make the entire deal an attractive one, the company will be offering a ‘bonus accessories package’ for those who pre-order which will include a Bluetooth mobile keyboard, a Bluetooth headset, earphones along with a mobile gaming controller.

The phone is definitely priced a bit high; however, the features that come with the Turing Phone are also no less. Once launched, this phone will be a unique unhackable, unbreakable and a waterproof device that makes use of a state-of-the-art design methodology. The liquidmorphium chassis looks gorgeous and is bound to catch eyes. All in all, the Turing Phone is an impressive piece of hardware that remains aimed to the security conscious consumers.