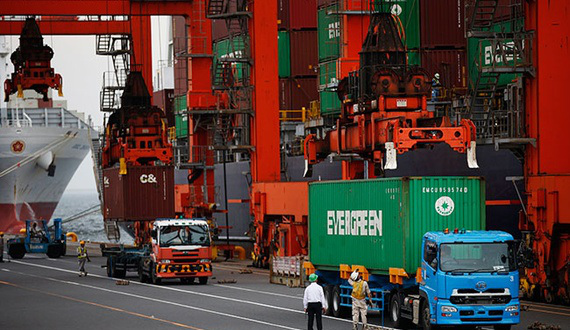 Air pollution is a humungous problem in California, thanks to the numerous oil refineries, industrial facilities and the countless number of vehicles that are present in the state. Today, it is amongst the most populated areas on Earth; however, it looks like the situation won’t be the same forever.

Californian governor Jerry Brown indicated that he is determined to make a dramatic cut in the levels of greenhouse gases present in the state by 2030 for which he might have to introduce some major changes for the big rigs and cargo ships present in the state. According to reports, several agencies have been told to draft a plan for a freight transportation system that’s much cleaner and greener. The plan will most probably focus on emissions-free ports, trucks and trains.

As was expected by this move, California’s freight business has turned a bit nervous. According to The California Trucking Association, their main cause of worry is the new efficient technology which might prove ‘costly;’ however, they are willing to work with the state on any sort of possible solution. Officials who are designated the job of planning out this project have until July 2016 to present their detailed reports as what all can be done in order to implement the changes as soon as possible.

Half of America’s dirtiest cities are present in California and air pollution at those places has reached alarming levels. Every year, hundreds of people get diagnosed with asthma and other respiratory illnesses due to California’s dirty air. Californian government has ignored this issue for long now, but it seems like they’ve finally woken up.