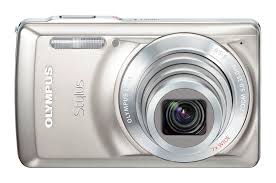 There was a time when it looked like Olympus had given-up on those popular bridge-style long zoom cameras. That was basically assumed to some of their last SP-series models. However, with the Stylus SP-100, Olympus stands a fair chance to steal some sales figures from their competitors.

The camera seems as if built from scratch. A completely new design and build around a new 50x f2.9-6.5 24-1,200mm lens which boasts of some common features like; optical image stabilization and many more. By looking at the new Stylus SP-100 and those other full-size mega-zoom cameras, one can easily tend to mistake them for those entry-level DSLR, however, they aren’t.

Some Features of Olympus Stylus SP-100

The Olympus Stylus SP-100 along with other small-sensor cameras surely won’t be able to deliver the kind of photo quality which one would expect from a DSLR that has a larger sensor. However, that said, till the time you aren’t pixel peeping, the SP-100 will be able to turn out some very positive results. So as long as you’re clicking pictures outside in the sunshine or in the inside with lots of light, you’ll be able to get some pretty great looking shots.

The Olympus Stylus SP-100 can truly be regarded as a leader of small sensor cameras. One simply can’t ignore the amount of colour clarity and details that this camera is able to capture owing to its specifications. This one, therefore, is truly worth a try.