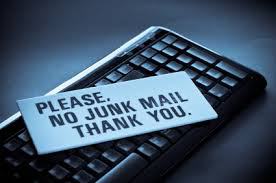 Spam can definitely be annoying and in some situations can prove to be disastrous too. Google, however, has now unveiled an artificial and neural network which could stop more of these ‘good-for-nothing’ mails from showing up in your Gmail inbox. Google hinted earlier that they were up to something similar and now they have finally developed it.

This latest creation of Google helps to detect and block the ‘sneaky spam’ – the kind which is the most undesirable by any person. This system also makes use of machine learning so as to track your usage patterns and in order to figure out what kinds of mail, newsletters and promos would you actually be interested in. Google also added that Gmail has now become much better when it’s about catching impersonation – a situation where the email appears to be from somebody known; however, it’s sent from someone who is certainly not on your friend list.

Google seems to be working on both sides of this spam equation since they’ve just launched their new Postmaster Tools which aims at high-volume senders. Certain qualified companies who tend to meet Google’s reputation requirement will be given access to services which depict how Gmail tends to handle their emails. Those companies that send out tons of legit mails will get to see as how often users mark them spam. These companies can then use this data to tweak their methodology so that customers tend to treat them more seriously. From Google’s perspective, their new tools will now make it likely for the users to go ‘dumpster diving’ in their spam folder to find important mails.