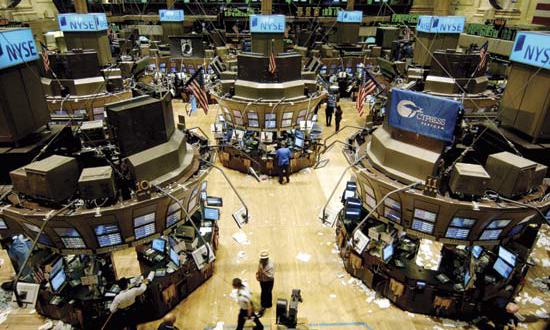 It was a difficult day for traders yesterday at the New York Stock Exchange as trading was halted because of a ‘technical issue’ at the wee hours of business. On their status page, the NYSE stated that all kind of trading had been suspended and any sort of open orders would likely be cancelled. They also added that a detailed explanation regarding the cause of shutdown would follow; however, the cause is still unclear.

All the NYSE spokesperson could tell Forbes was that the halt had occurred because the exchange ‘suffered from a technical issue’ and that they are ‘trying hard to resolve the matter as soon as possible.’ One should also note that almost an hour before the halt occurred, the NYSE reported that a problem regarding order acknowledgements and connectivity issues had been fixed. Although the technical glitch affected most parts of NYSE, but, NYSE Arca and NYSE Amex/Arca appeared to be untouched and continued to work normally.

Activity was later resumed at 3:05 PM for the NYSE Market (Primaries only) and at 3:10 PM for the NYSE. Officials also told NBC that this incident and United’s computer problems had no co-relation at all and neither of them was under a cyber attack. The exchange later also confirmed this on Twitter by stating that the issue was an internal one rather than a breach. It also added that though the trading was suspended, NYSE-listed securities however could still be easily traded at places like Nasdaq.