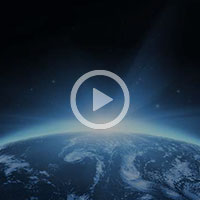 Earlier, Tinder – the famous iOS and Android app that helps people meet new friends in their vicinity, reported that they have a few famous figures amongst millions of its users. However, Tinder also said that these profiles aren’t getting much attention since people consider them to be fake. So, in order to remove all kinds of doubts from the minds of its users, Tinder confirmed at that point of time that they’ll working on a verification mechanism through which celebrity users will be able to get access into their account.

Today, Tinder has made a notable step in verifying the profiles of these celebrity figures. According to company’s spokesperson, celebrities on Tinder will have a blue check mark on their profile, just like the ones we see on Twitter. This will help people to distinguish them from the fake ones and consequently they’ll get more attention as well. Tinder still has kept mum on the question of how one can sign-up for a verified profile, but the company’s former CEO hints that the whole process might be based on Facebook’s verification status.

Tinder’s this move is an expected one as almost all leading social networking platforms employee some kind of mechanism so as to prevent imposters from posing as celebrities. While there is still some time in getting this master plan working, it’ll however be interesting to see how these little blue ticks start affecting the services of the most popular dating app. So keep swiping, you never know what’s in store for you!