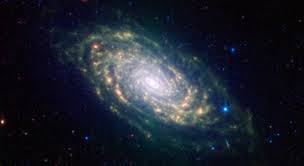 After a series of delays and speculations, NASA’s Juno mission was finally given a green signal and the Jupiter probe that was one of its kinds was launched into space for an extraordinary journey ahead. It’s almost been 4 years since that launch took place and according to NASA, Juno is finally close to reach Jupiter. According to officials in NASA, the spacecraft will make a landing on the mysterious planet on 4th July 2016.

The ground crew is currently tweaking Juno’s flight plan so as to give Juno more time in order to complete its tasks ahead of its schedule. Its initial orbit is now splitting into two so as to test its instruments before the final science gathering can start taking place. NASA also reported that it would take Juno 14 days to complete the orbit rather than the earlier planned 11 which means that the mission might extend from 15 to 20 months.

The solar-powered spacecraft has three solar panels each measuring 9 feet in width and 30 feet in length which could easily generate 14 kilowatts of electricity had they been installed on Earth. However, with Juno venturing deeper into space with each passing day, they’ll be able to generate only 400 watts. Power, however, isn’t an issue as NASA has taken every possible measure to ensure that power consumption stays low. Juno’s flight route is also designed in such a way so that it gets maximum exposure to the Sun.

Hopefully, all this extra work done by the scientists will help us understand the beginnings of our planet Earth’s big brother – Jupiter and eventually our Solar System.