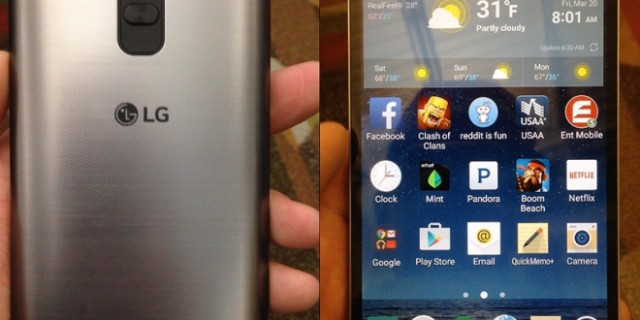 In the diverse market of global smartphones, LG has presented the latest version of G4 device flagship for a special segment of users! Following the tradition of phablet and budget models that was first initiated by the company in May 2015, the digital giant today came up with the announcement of G4 Beat model.

A smartphone that is pocket friendly, looks like a tablet and works like a phone- yes you got it right, we are talking about LG G4 series!  Flaunting the essential features of the G4 series, LG released the latest innovation of G4 Beat that is slightly smaller and more modest than the parent model. LG G4 Beat is a budget friendly smart device that absolutely falls into the mid-range value schemes. As per LG, the company has presented an optimum device that retains the best features and functions of the LG G4 series. The idea to deliver the best without compromising with the quality and performance parameters is the sole concern of LG- in such a situation, LG G4 Beat is all about an impressive package that knows the significance of effective usability.

Let’s have a detailed look at some of the most outstanding features of LG G4 Beat:

Mobilemag.com Insight:
We have heard enough of those ‘Mid-tier’ smartphone arguments! While most of the smartphone companies promises to deliver fantastic budget phones, the underlying facts still remains to be hidden. Compromise with the quality, get a lookalike device, flaunt physical features and become a fool when it comes to the actual strengths of a phone- well, this is the process of buying a budget phone. However, with LG G4 Beat, the digital giant has a different plan. Juno Cho, the president and CEO of LG Mobile, shared the ideology behind LG G4 Beat. In an interview with Tech Crunch, Juno Cho expresses his concern over mid-tier phones that thrive successfully by compromising the overall usability. But the idea with LG G4 Beat is different. The company is indeed working out to empower the device with a quality camera, display, performance and design features.

We wish we could say the same- but how can we declare the device to be a ‘budget phone’ without knowing about the price specifications? LG has nothing to disclose about the price range of LG G4 Beat and without that piece of information, it is useless to comment about the device. The parent device of LG G4 Beat i.e. the G4 series comes in the same price range as that of Samsung Galaxy S6. Just like the parent flagship, LG G4 Beat would have to get ready to face the stiff competition in the market. It is said that the flagship will be targeting the key markets of Europe and Latin America this month and soon after some time, it will make an appearance is countries like France, Germany and Brazil.

Why is LG interested in the concept of ‘mid-tier’ cum low profile flagship?
It was in January this year when we learned about the fantastic profit statement of LG! The annual profit for LG went doubling high to $475M- soon after the company shipped about 59.1 M smartphones in 2014. Prior to this profit statement, LG was facing the storm of loss for consecutive three years. On the occasion of making the announcement of the financial statement, LG declared that the coming year would be ‘challenging’ for them. It would be challenging because of the stiff market competition and the proposed launch of mid-tier devices. It seems quite evidentthat the concept of low profile flagship and the mid-tier budget phone has worked brilliantly for the company. LG has been concentrating on improving the brand worth- the industry is vast, and the audience is keen to enjoy the power of choice. In the midst of expensive gadgets and branded smartphones, launching a device that ‘fits the pocket’ of middle class society is indeed interesting.

Well, LG is not challenging the other prominent brands- it is in fact creating a market for its own! While the specifications of LG G4 Beat are exciting, we wish to wait for the day when LG will finally disclose the price range of the upcoming product. What impact will LG G4 Beat create on the sale of parent device? Will it be able to beat the competition from other brands like Samsung and Xiaomi? Let’s wait for all the answers!