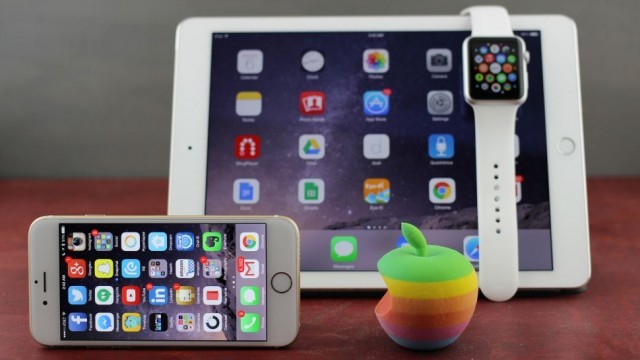 Apple’s upcoming operating system ‘iOS 9’ will soon hit the market! The operating system that is applicable for the iOS devices like the iPhone and the iPad was first introduced at Apple’s Worldwide Developers Conference (WWDC) on June 8. Backed with impressive design changes and refined features, Apple’s latest operating system is all about innovative functionality and superb performance.

With the onset of iOS 9, Apple celebrates the idea of adding the fine dose of productivity to each and every moment in our lives. Apple’s iOS 9 is the amalgamation of all new enhancements that the users wish to witness in their day to day routine. From productive features to proactive suggestions, improved performance, superior battery life and sound security, iOS 9 is all that one would like to see in their operating system.

Let’s have a look at the gist of features in iOS 9.

Apple proclaimed iOS 9 to be ‘intelligent’, and it is indeed true as a fact! Thanks to the proactive suggestions and personal assistant Siri for redefining the operating system into a versatile lifestyle management tool. Wake up in the morning and have a routine- the iOS 9 will automatically tell you about the things that you can do. If you are habitual of listening to music in the evening, the system will mechanically open the music applications with your personal playlist (as soon as the user plugs the headphones on). How awesome is that now?

How Siri will be the next big thing for iOS users?

With Siri, Apple is planning the finest delight of contextual awareness for the users. Ask Siri to set a reminder for you and it will set an instant message for you. From messaging to reminders, Siri will control everything for you. The awareness is also location-based and relative- this means you can add specific reminders with the help of Siri. With iOS 9, Apple sets the trend of smarter search and Siri suggestions. The good news is that the features will be available along with the Spotlight search. Siri Suggestions will compile a list of contacts that are close to a user, apps that are used most of the time, restaurants/stations that are mostly preferred, and news categories that the user is fond off.

With iOS 9, Apple has indeed gone a step ahead with security. Now, a user needs to create a 6-digit passcodes instead of previous security measures that used only 4-digit passcodes. It doesn’t mean that Apple has taken the authority of using 4-digit passcodes- but it is indeed recommending the longer passcodes.
We have raised our expectations quite high after hearing about iOS 9- hopefully; it will be able to stand tall in the reigns of our hopes and desires.