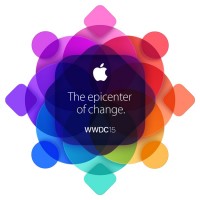 Apple’s Worldwide Developers Conference (WWDC) came up with the variety of news that was both exciting and interesting. While the world was busy discovering Apple’s ideas and upcoming technology, the conference somehow neglected the subtle change that Apple intended to present. The name of the change is ‘Bitcode’, and it is something that you cannot afford to miss!

You might have missed the news about Bitcode in the Worldwide Developers Conference, and it is absolutely justified because even Apple was not interested in any propaganda related to the subject. It seems that Apple was least interested in disclosing the facts associated with Bitcode, as they didn’t provide much information in the documentation to the developer center. The document stated Bitcode as an intermediate representation of a compiled program. With this effort, the applications that will be uploaded to the iTunes Connect would be automatically compiled on the App Store. These applications would contain Bitcode, and thus it will become easier for the developers to link it to the store. Bitcode will help Apple with the re-optimization of an app binary (it will happen without the need of submitting the latest version of one’s app).

What Apple has to say about it!
Apple’s Vice President of OS X platform experience, Andreas Wendker, states that Bitcode will help the App Store with re-optimization of application- in a way that it will become compatible with each and every device before it is delivered to the user. With this effort, the apps can take the advantage of the new processor capabilities without the hindrance of re submission to the store. Thus, even if Apple implements some changes related to the processor architecture, it will not influence the application on the app store. It will happen with the assistance of Bitcode. It is said that Apple is planning to implement the new processor automatically and without intimation the developers about it.

What is Bitcode- Big Question…!

Mobilemag.com Insight
Apple follows the process of planning- they are neither redundant nor reluctant in switching processor architecture! Unlike Commodare and Atari, Apple has the potential to survive the shift in technology, and the history has proved it in a better way. We all know how Apple shifted the PowerPC processor to Intel in the year 2005. The change was both sudden and big, but Apple somehow managed to pull it righteously. Just two years back, Apple announced the shift in technology with a 64-bit chipset backed in the 5s series of iPhones. After Apple had implemented the change, the need of modification in the apps was required- thus, the app developers made changes in the code and re-compiled the apps according to the latest development.

Why Bitcode is the need of the hour?
Implementing changes in the apps as per the technological shifts of Apple is not a happy process for the developers. It calls for a system that is futuristically prepared in compiling codes. Bitcode is the answer for such needs. Now developers would not care much about the future changes in processor architecture- Bitcode will work on their behalf!

No matter how drastic change Apple might be planning, Bitcode will prepare a developer for the worse and unexpected. Bitcode will allow developers to release their app without making any change. The technology will definitely have a tremendous impact in the process of launching and modifying an application.

How the change will help Apple?
Now without any intimation or prolong wait, Apple can initiate the change according to their preference. Earlier, the tech giant use to spend a hell lot of time in waiting for the new binary submits. Since, Bitcode will support the old binary in new devices; it will help both the developer and Apple in bringing the desired change.

Challenges with Bitcode
The challenge with Bitcode is related to the testing. Bitcode will automatically compile the app’s code, and somewhere down the line it will repel developers from testing their apps. The actual problem with Bitcode is ‘lack of ample knowledge’- Apple hasn’t provided anything substantial, and nobody can help the speculations. How can we avoid the fact that Bitcode was barely discussed at the Worldwide Developers Conference? Since iOS 9 and WatchOS 2 are on the verge of release, we hope Apple will soon provide information related to the upcoming processor architecture. Don’t you think Bitcode will help Apple in sustaining the ‘policy of secrecy’ in a more diversified manner? Until the new device in on the store, Apple can keep the secret of release to itself.
So what is your take on Bitcode? On one hand, while the compiling of code through Bitcode will crisp the entire process, on the other side, it will also create havoc in compatibility and integration related issues. In theoretical grounds, the concept of Bitcode is at par excellence- it is impressive and compelling at the same time. But as far as the practical features are concerned, everybody has to wait till the time the change is implemented. We hope Apple will someday understand that releasing a new technology without accepting the critical acclaim of masses is not fun. It is a matter of acceptance, branding building and relationship management!