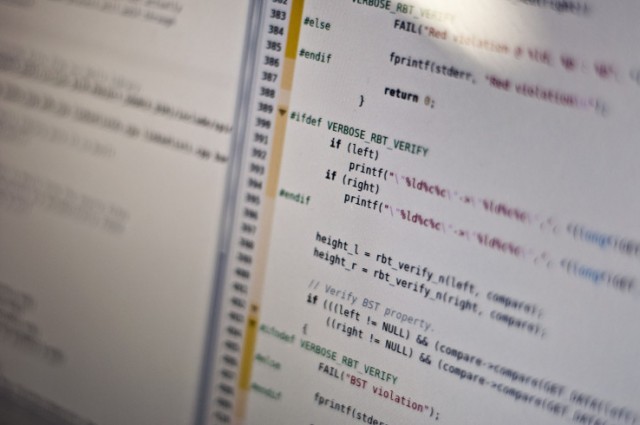 Lately, Google along with Microsoft, Mozilla, and other influential firms has announced to work together for launching the new binary format, WebAssembly. The idea of introducing this latest binary format is to revolutionize the concept of compiling web applications for the web.

JavaScript has been the programming language that the web has adored for long! For better or worse, the developers have always respected this framework, and we have seen many efforts in the line of accepting JavaScript. From creating compilers that could transpire code in other languages to accessing the limitations of JavaScript,everything has been tried and tested. Most of the efforts in the line focus on adding new updates and features to the languages. We can take the example of Microsoft’s TypeScript or Mozilla’s asm.js that has invested much of its time in boosting the pace of JavaScript. The wait is now over as the mainstream tech giants like Google, Microsoft, Mozilla and others prominent engineers have decided to compile all their workforces (projects, resources, and ideas) under one big name called ‘WebAssembly’.

By for now, the team of WebAssembly has decided to implement the similar functionality as we can see in Mozilla’s asm.js. With this development, the programmers will be able to see the same Emcsipten tool for WebAssembly as they might have used while integrating the asm.js code. Apart from this, the first stage with WebAssembly will also witness polyfill library- a tool for translating WebAssembly code into JavaScript simply meant for the purpose of making it compatible with all web browser. It will also work for those who are not working with the native WebAssembly support.

What is WebAssembly?
WebAssembly is a portable, size and load time effective format and execution model that is precisely designed with the purpose of compiling applications for the web. WebAssembly integrates itself with the series of web platforms and allows a programmer to compile their respective code in it. Right now, the focus of the project in on language C/C++ (and hopefully with the course of time, they will also get along with the other programming languages). Once the code is compiled to the desired language, it is executed within the JavaScript engine. With the help of WebAssembly, decoding will be relatively easy and faster. Unlike the tiring process of compiling the complete code, WebAssembly will work on the merits of smart integration.

What you need to know about WebAssembly!

Mobilemag.com Insight
The process with JavaScript files is simple- you can download them from the server and later compile it with the help of JavaScript engine in the web browser. With WebAssembly, the practice will now become more diversified as a developer will be able to access the binary format. The team decided to put the binary format in practice because it is relatively easy for the engine to decode the format. In fact, the process will be way faster and compatible with the help of this binary format. We can take the example of Mozilla’s asm.js that aims high to resolve the speed related issues of the web.

The Future with WebAssembly
As decided, soon after the success of the initial stages, the team will be launching other relevant tools like compilers, debuggers, and so on. Apart from C and C++, it will prepare the format to support other languages like Rust, Go, C# and so on. During the announcement, the team also suggested the idea behind this collaboration and their prolonged vision with the JavaScript. WebAssembly doesn’t aim to replace JavaScript- the idea is to create a format that allows integration of many languages for the web. May be, the team is planning to use both the systems side-by-side or is working on some selective parts of the application. For instance, it is said that the UI will be prepared in JavaScript, and the visual elements will be fetched from the WebAssembly module.

The collaboration that took place among some of the most renowned tech giants is not a regular scenario- it is rather a rare sight! We are quite confident about WebAssembly and its success as it brings the major browser vendors together. Google, Mozilla, and Microsoft have teamed for creating a unanimous project- now this is something exciting and worth watching. Let’s wait for the time when WebAssembly will hit the market. Meanwhile, we will keep our fingers crossed and point our expectations quite high!