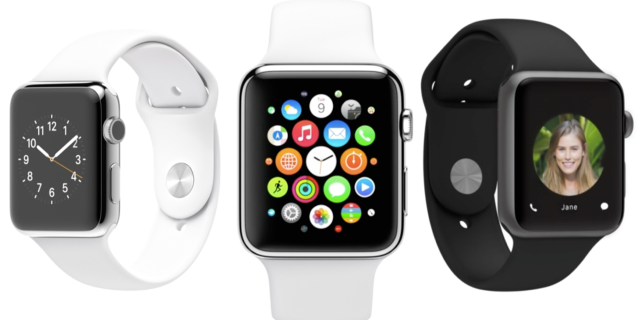 The day has arrived, and the wait is finally over! Soon this week, Apple will start selling the much-awaited Apple Watch that will be available through the extensive network of Apple retail stores. June 17 is the day when Apple will initiate the ‘reserve and pick up’ system for Watches in countries like Australia and the U.K. Hopefully, Apple will keep the U.S on the list as well.

The process of buying the Apple Watch is not as direct as shopping for a regular watch. You need to check for availability; make sure that you have selected the preferred case and band online before visiting the Apple retail stores. Earlier this month, Apple decided to start with the sale of Watches in seven different countries. The list of the countries included Switzerland, Italy, Mexico, Singapore, South Korea, Spain, and Taiwan. But as per the latest updates, it seems that these countries have to wait for as long as June 26th. Needless to say, it is certain that once the Apple Watch will hit the market, there will be a definite amount of shortage in demand. Until now, Apple has maintained the process of ‘first order then delivery’ in the Watches- however, in some cases, the Apple Watch is also available in stock.

The online orders for the Apple Watch started on April 24th. As per the reports, the retail stores have already received some of the models of the Watch, and within few hours, the sale of these models will official commence. Apple has decided to provide Watches to the retail stores in Australia, Canada, China, France, Germany, Hong Kong, Japan, the U.K and the U.S before June 18th.

The coming Friday would be quite fascinating and big for Apple- as the tech giant has already decided to launch the Watch in seven more countries. But for now, the plan of initiating the limited ‘in-store sales’ of the Watches in some of the Apple Retail Stores in going well for the tech giant. Quality has never been an issue with Apple- right now; the biggest concern is with quantity. Will Apple be able to fulfill the demand of supply in the market? Most of the retail stores are still waiting to receive the inventory, and this is becoming the potent reason for the delay in sales. Besides, some of the stores have already received the inventory and thus, the sales will start as early as this week.

It is reported that the Apple Watch Shipment has already arrived in the U.S- hopefully; the sales will also start as soon as possible. In some parts of the country, Apple Watch is offering the option of in-store reservation. For instance, while a user will make a selection of the Apple Watch in the Australian online Apple Store, an option saying ‘Interested in Buying in-store?’ will automatically display. With the help of this link, a user can cross check the availability of the watch. The link also shows a gist of nearby Apple retail stores that are updated with the stock of watches. The process of identifying an ‘in-stock’ site is simple. A site with a green checkmark will suggest availability. In case you want to qualify the registration process, you need a valid phone number that could allow Apple to send the unique registration code to you.