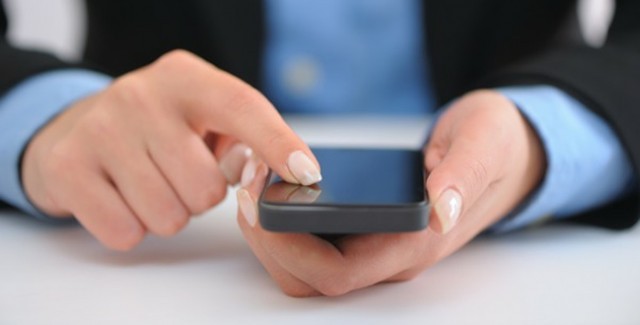 The statistics with App Stores has always amazed us! As a planet flooded with millions of applications, App stores are rich in content and types. But what about the usage and engagement level shared by these applications with its users? How does the user interpret the content available on this store? Good to know, Nielsen is up with the new data that share a gist about the application in the app stores and their usage behavior. Have a look!

Nowadays, each of the app stores is hosting about millions of applications in one go, but contrary to the statistics, a rough percentage of only 26 to 27 percent of apps are used by the consumers. The statistic is professed by Nielsen, the global marketing research firm that has been sharing insightful data for quite a long now. The data also indicated the optimum increase of 63 percent in the level of engagement with the application. The study compiles data from past two years and the data was collected through Mobile NetView 3.0.

Within the span of mere two years, the concept of app usage has redefined itself. The journey from innovation to acceptance in mobile usage experience has been rapid and immediate. While the world of mobile applications has witnessed robustness and constant development in each and every step, it is certain that the marketplace on the other hand has grown ever-competitive. For a user, the number of choices has increased- the reason why the usage pattern changes every now and then.

So let’s analyze the key finding of the study

Nielsen collected the data with the consent of the U.S. smartphone users- about 58 percent of Android users and rest iOS users. The data suggested the usage pattern of about 5,000 panelists distributed amidst various demographical groups and ethnicities. The most interesting part on the data presented by Nielsen is related to the indication interpreted for the cultural usage. It is indeed fascinating to learn that African-Americans are the one that use most of the applications out there. Not only this, the same group also falls into the category of ‘heavily’ engaged users (approx. spending 43 hours per month in the apps).

Quite oblivious to believe, Nielsen’s study has declared the ‘entertainment’ category as most widely used for the applications. The entertainment category witnessed a growth rate of 13 percent. In the data shared for the fourth quarter session 2014, the number of the unique audience falls in the same frame of 13 percent. Undoubtedly, the gaming category is to most famous one, forming a share of 76 percent in the overall entertainment category. After gaming, the music, video and movies categories have joined the league.

The upper gets bigger, and the lower is still fighting the petty gamble of competition- the story of App stores and application usages is similar. While applications like Facebook and Whatsapp are the most used one, there are millions of applications that are failing in the long run of reach. The market is growing, the giants are growing and the competition is still getting higher, but only for some handful of apps. Rest, nobody even dares to fall in the league.

In the reigns of countless applications, a user has the immense choice to select the app that is most useful and desired by them. Nielsen latest study indicated the same statistics of change and development. The market in ever growing and the user is becoming choosy- it directly paves the way to competition as well as numerous choices for the user. Let’s wait for more development and stats for defining the user behavior!